When the two dozen breast cancer survivors huddled for a group photo early Saturday, the season’s first snow flurry and the freezing Hellgate wind did little to dampen their spirits.

Clad in parkas and pink accessories, they laughed and giggled, shared stories and smiled for the camera – proud members of a sisterhood bent on beating cancer.

“It means a lot because I’m still alive,” said Nancy McIntyre. “I’ve been a cancer survivor for 10 years now. Nobody understands until they’ve been through it.”

For the first time, Missoula played host to the Susan G. Komen Race for the Cure, the world’s largest fundraising event for breast cancer. The event started with a single race in 1982 and has since grown to 140 races with 850,000 participants.

While several hundred supporters donned race t-shirts early Saturday, along with hats and gloves, it was the women in pink who emerged as the greatest inspiration.

“It’s a great sense of power, and it shows there’s life after cancer,” said Celeste Baldwin. “I was out three years until I was rediagnosed with metastatic breast cancer in the summer. Now I don’t know what I call me. But it’s all about getting out and living and not sitting back and watching life go by.”

Baldwin and Vicki Olson share similar stories, and each were on their own path to recovery. Olson was diagnosed with breast cancer in December, and while she’s undergoing maintenance treatment, she’s been cancer free for three months.

“It’s emotional. There’s hope. We can move on,” she said. “Talking to other people who’ve been through the same thing just tells you you’re not alone, and you can do it and keep living.” 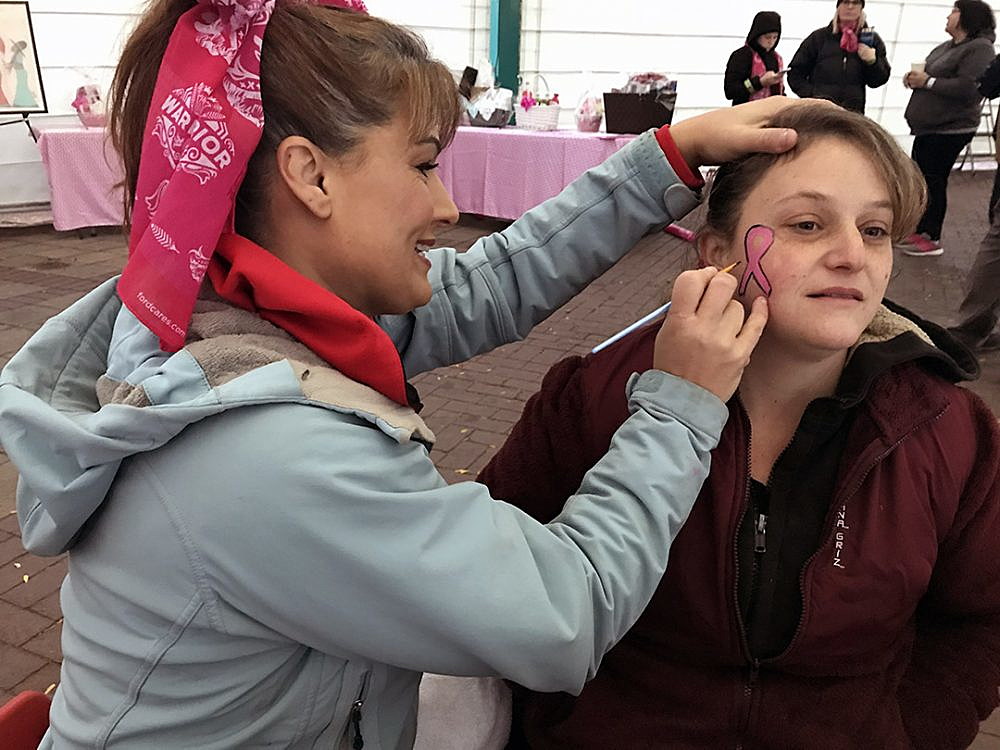 More than 266,000 women are diagnosed with invasive breast cancer each year in the U.S., and nearly 41,000 die from the disease. Breast cancer doesn’t discriminate by gender, with 480 men dying of the disease each year.

Given the statistics, it’s not hard to find someone touched by the disease.

“I have three sisters, and all three of them have breast cancer,” said Kris Stensatter. “I also have aunts who have breast cancer. We form a bond and have a sisterhood that will continue to help support other women.”

“My aunt passed away just two years ago,” Mapson said. “She battled breast cancer and survived it, but then it came back as lung cancer. I think cancer touches everyone’s life in some way or another. I think it’s important to get behind the cause, because I truly believe there’s a cure.”