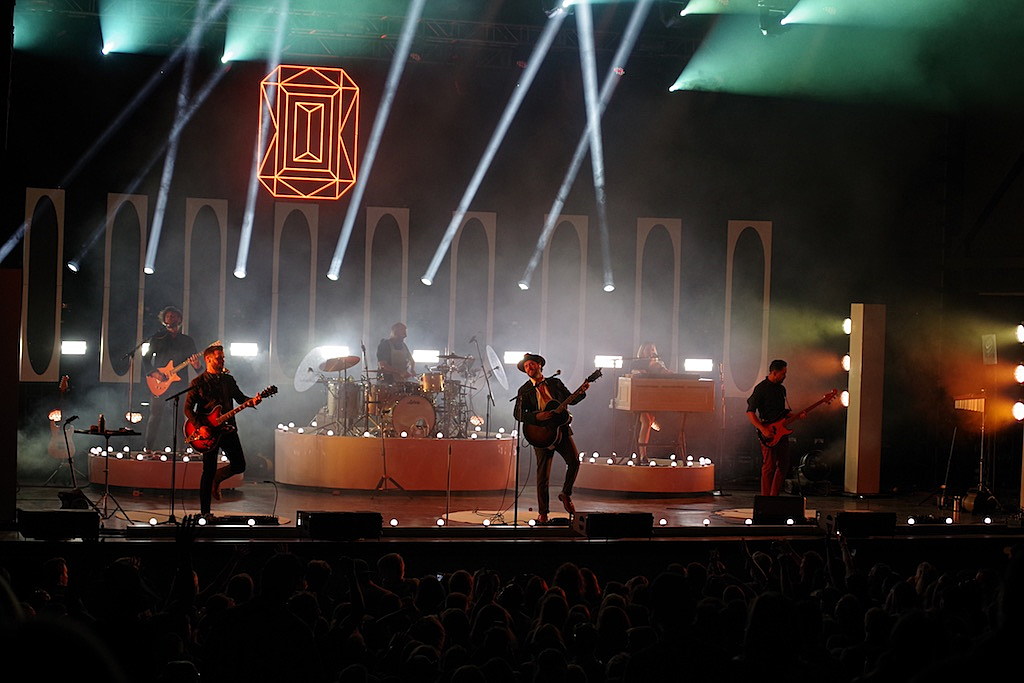 August in the windy KettleHouse amphitheater, Julia Jacklin played a short solo set as the crowd started settling in, leaving the audience smitten and wanting more.

Her confrontational indie folk pop is comparable to indie artist Faye Webster, with a twist of a Sheryl Crow country. Her vocals are almost western, soothing howls that shake your heart.

Shakey Graves began his set solo with a guitar and a kickdrum behind him, filling up the presence of the missing band. Shakey Graves is introspective, grounded and familial.

His music holds a nostalgic energy, whether it is his older or newer material. It all bled together throughout his set, entranced in rocking and rambling transitions.

The last half of the set he invited his band up for full cathartic effect, storming through his discography and building up anticipation for Lord Huron.

Lord Huron took the stage as the sky turned lavender, lit by faux windows projecting cosmic scenes. The Los Angeles artist gave an energetic performance, engaging with each bandmate as he hopped and glided around the stage.

His sound ranged from calm folk to energetic indie country, to earthy pop. Harmonization and clever melodic structure made for an enrapturing experience. A holy ghost of an interlude cast a haunting moment of stillness.

Missoulians swayed to his cover of Neil Young’s Harvest Moon and danced their hardest for the last song in the encore, appreciative of a special night of masterful sound.