It strikes me that it might be a good idea for all of us to begin keeping dairies of our COVID-19 pandemic experiences.

Everything has changed. There is no “normal” anymore.

It would probably be instructive to our descendants to know what it was like to have lived back in 2020.

A young man wrote down his thoughts and experiences back during the Spanish flu pandemic of 1918-1919. Reading his words today offers perspective on our current situation.

As a college junior on the campus of Mount St. Charles (now Carroll College) in Helena during the fall of 1918, James J. Sheerin felt he and his fellow students would likely be unaffected by the flu pandemic. After all, they were isolated. It would never reach the Rocky Mountains.

In an article for the campus paper, the Prospector, November 1, 1918, Sheerin documented events as he saw them unfold.

Here is his story:

“For nearly two months, a more terrible army than that of Kaiser ‘Bill’ has been invading our country from coast to coast. It was not an army of Germans, but of germs, commanded by an unknown general not yet decorated with the Iron Cross. It took possession of our cities, great and small. Its victims were numbered by the thousands.

“Like the Pilgrims of old, it seems to have landed on the shores of Massachusetts, near Boston. With little difficulty, it invaded that great army cantonment, Camp Devens. Stout and sturdy soldiers though the men at the camp were, their efforts were powerless against the onslaught.

“Doctors and nurses rushed from all sections of the country to stay the advance of the deadly enemy. Day and night the army of mercy fought against the cohorts of misery, but with poor results. Towns, villages and hamlets all through the eastern section of the country were captured.

“Throughout the attack we felt that, due to pure air and perennial sunshine, the Rocky Mountains would be an impregnable position against the advancing forces of destructive bacteria. From our hearts we sympathized with our countrymen in the East. Earnest supplication ascended heavenward to the Almighty that the Treasure State of the Golden West might be spared. For a time, things looked favorable.

“The month of October had not dawned, however, before the enemy was found lurking in many homes of Montana. All too soon the whole state was overrun. 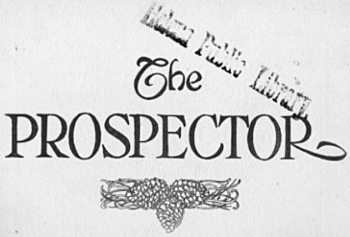 “Our capital city, like Leonidas of old, ensconced between Mount Ascension and Mount Helena, warded off for some time the attack of the oncoming foe, but at length, the medical army was forced to surrender to the invincible invader.

“Schools, churches, theaters, even political rally rooms were ordered to close. Saloons, it is true, in spite of the fact that men of the medical profession have pronounced alcoholic beverages as the ‘Flu’s’ best friend, were allowed to remain open; but there was a reason for that (Sheerin did not elaborate).

“Even the College on Capitol Hill, through the solicitude of a few over-anxious public guardians, was forced to send its sons to cities more fully under the control of the malevolent, inimical intruder.

“Helena, usually a gay and social city, took on a new aspect. Those whose features were not hidden behind a bundle of gauze wore a solemn and thoughtful look. Everyone realized that a serious crisis was at hand. The city was apparently nonplussed.

“The members of the S. A. T. C., being soldiers of the United States Government, could not be sent home by the medical authorities of Lewis and Clark County, or of Montana. They stood by their guns, looking the scourge in the eye with Napoleonic indifference. No one manifested undue anxiety in the matter, although every precaution was taken to keep the attack from the College.

“The result was that the S. A. T. C. won the day without a single fatality. It was the constant stream of funerals rushing north on Benton avenue to the cemeteries that lie in the valley that kept alive in our minds the reality of the great offensive war brought to our doors by General ‘Flu.’

“Day after day, week after week, ambulances could be seen rushing hither and thither. Sufficient accommodations could not be found in the local hospitals…Afflicted persons in large part were forced to remain at home and be satisfied with a made-over-night attendant.

“To get a registered nurse was almost out of the question, for the skilled women of Montana, like their able-bodied brothers and consorts, are out on active duty fighting against the enemy Over There. The few physicians whom duty to the aged and infant had withheld from enlisting with Uncle Sam’s forces battled incessantly night and day against frightful odds.

“Often the Angel of Death would enter a home close upon the footsteps of the doctor’s first visit. Families were wiped out of existence with meteoric rapidity. The insidious scourge with which God had visited His people forced the overseas conflict and the pending elections out of the ordinary parlance of the people.

“The only way the ‘Flu’ did affect Mount St. Charles was the postponing of a memorial service for Lieutenant Harold H. Joyce, an illustrious son of the College, who had gloriously fallen on the fields of France while contending bravely for God and country.

“Except for a few inconveniences in town, the boys at the College suffered nothing from the noisome war that raged all around them. Classes in the S. A. T. C. continued without interruption. Even the ‘Flu’ masks which so many in the city were wearing aroused no terror in the doughty residents of Capitol Hill.

“Difficult, indeed, would it be to duplicate a crowd of men so immune from disease. Much credit is due to the fact that the young officers-in-making had been in the best physical condition, and were kept so by the constant training of army life. Nothing seems to be more effective against the ‘Flu’ than the good, fresh air so abundant in the Helena Valley.

“Above all we acknowledge that our miraculous escape from the ravages of the epidemic was due to the Providence of God, Who saw fit to guard our sacred walls from the terrors of a scourge, the like of which has not visited this country in many years.

“It is, therefore, with heartfelt thanksgiving that we acknowledge God’s goodness, and we hope that the great All-Father will ever in the future protect the College as He has so completely done in the Fall of 1918.”