Ten years ago, I retired from a nearly 50-year career in radio and television news to take a new path.

That path has now lead to a book.

But, as I often say in my columns, I’m getting ahead of myself.

I used to be a western Montana TV anchor and reporter as well as the nightly weather forecaster – Steve Fetveit and I alternated in that latter role, placing magnetic cloud and sun cut-outs on metal maps.

Over three decades, I was honored to hire or work with many wonderful, talented people, among them Jill Valley, Erin Yost and Maritsa Georgiou. They’ve gone on to become quite popular to local television viewers. 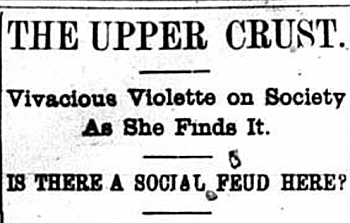 I thought – given my career in news – it might be fascinating to see how Montana journalists plied their trade in the earliest days of our territory, then state.

I went through everything from the front page to the classifieds. Thirty old maids secured adjoining quarter-sections in the Cherokee Strip. Harry Thompson’s nag was stolen. Then there was the hilarious story of a local turkey heist – all on the front page!

I discovered a Missoula and a Montana I’d never known – everything from train hijackings to a tongue-in-cheek society column under the non de plume, “Violette Gleamer.” 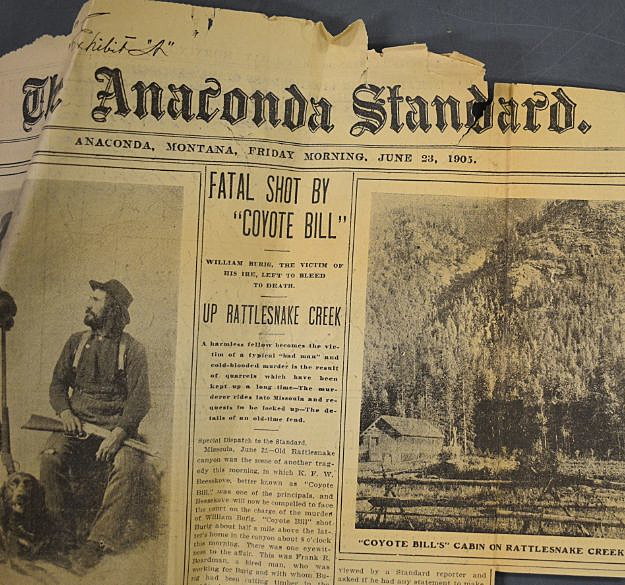 The story of K.F.W. Beeskove (a.k.a. “Coyote Bill”) was just one of the nearly lost gems of history, documented by the newspaper reporters of early day Montana.

Many readers have encouraged me to put some of these long-lost gems into a book, so here it is: “The Sneakin’est Man That Ever Was,” titled after that character, Coyote Bill.

The stories – 46 of them – are based on newspaper accounts from the latter 19th century in Missoula’s Western Democrat, Weekly Missoulian and Weekly Gazette, as well as Stevensville’s Northwest Tribune and Ravalli Republican plus the Anaconda Standard and other papers. Other tales were passed along from family and friends.

Having grown up in Libby – and having heard all the stories – I just had to write about local legend Dunn Creek Nell. Then there were Missoula’s visiting celebrities, Al Jolson and Mark Twain.

I learned much in the process of writing these history columns over the last five years, and now this book. Archivists from the Montana Historical Society, the University of Montana and even Emery College in New York helped in the process (the latter supplied some wonderful photos of Samuel Clemens/Mark Twain’s visit to Missoula and the Fort).

It turned out to be far more work that I had envisioned. It was a wonderful exercise, but painful too – especially at the end. 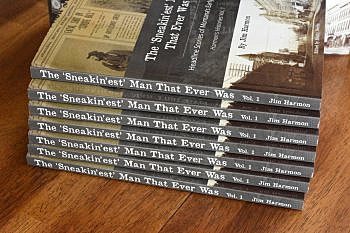 I chose Stoneydale Press as the publisher. I had known Dale Burk, the founder of the company, for some time.

It was wonderful to work with him over the past year – right up to the final edits and corrections on the afternoon of September 15th, the day before his sudden, unexpected death.