A year after their initial performance was postponed during the Coronavirus shutdown, Guns N Roses lit up the night stage in Missoula on Friday.

The band, adorned with a black top hat, tattoos and skull rings, played its fan favorites and tossed in a new song, the latter drawing mixed reviews.

“You know where you are?” said Axl Rose while rolling into Welcome to the Jungle. “You’re in Montana, baby, and you’re gonna … ”

The group was scheduled to play last summer before the tour was delayed at the height of the pandemic. Still, around 20,000 fans filled Washington Grizzly Stadium and stayed to the end, where Guns and Roses closed with hits like Nighttrain, Patience and Cold November Rain.

It opened with Mr. Brownstone and was the first stadium concert of the season in Missoula in 2021. 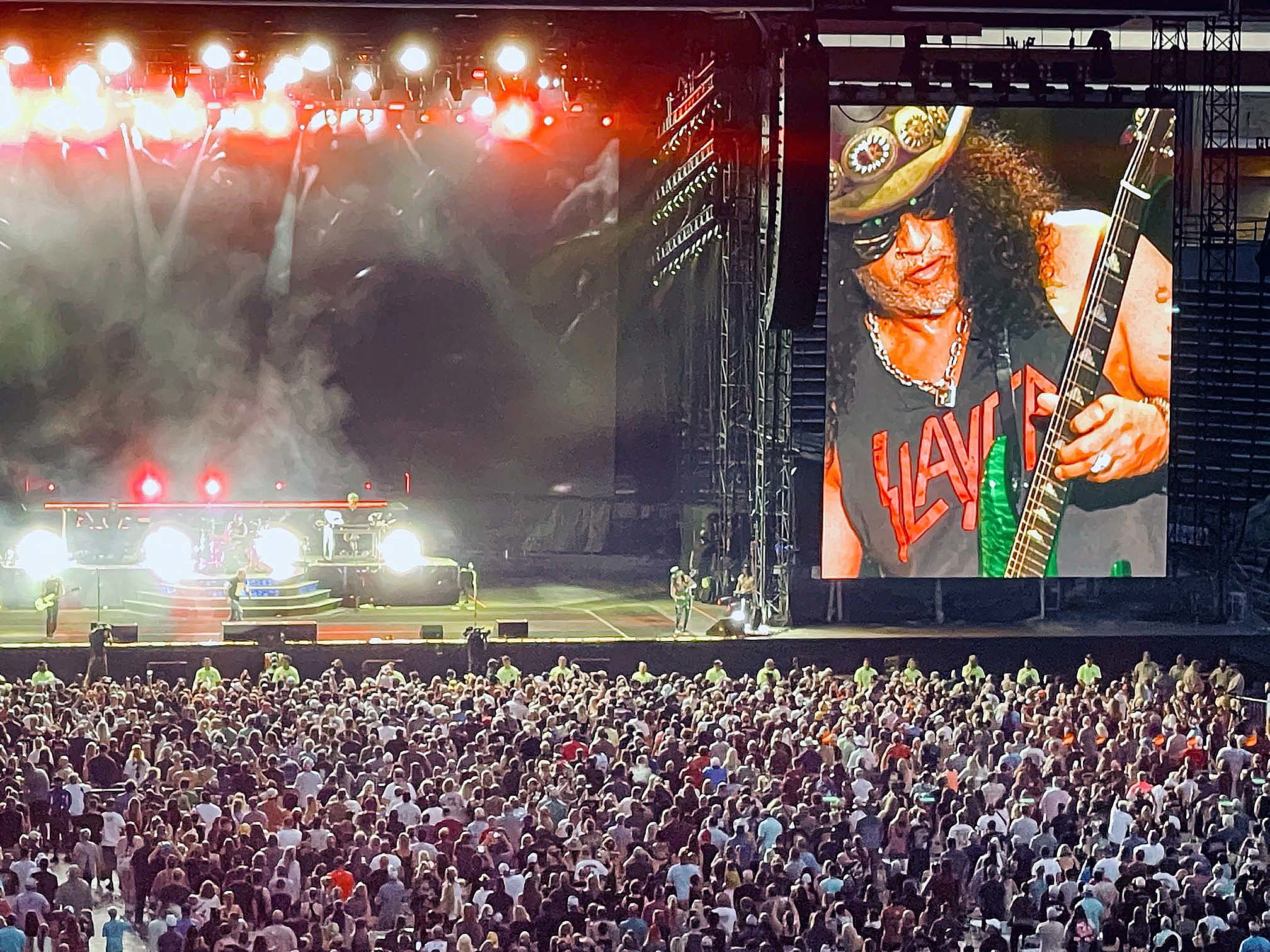 Across town, Sheryl Crow was playing the Kettlehouse Amphitheater, marking a busy night of music in a city working to grow its standing as a musical hub in the Pacific Northwest.