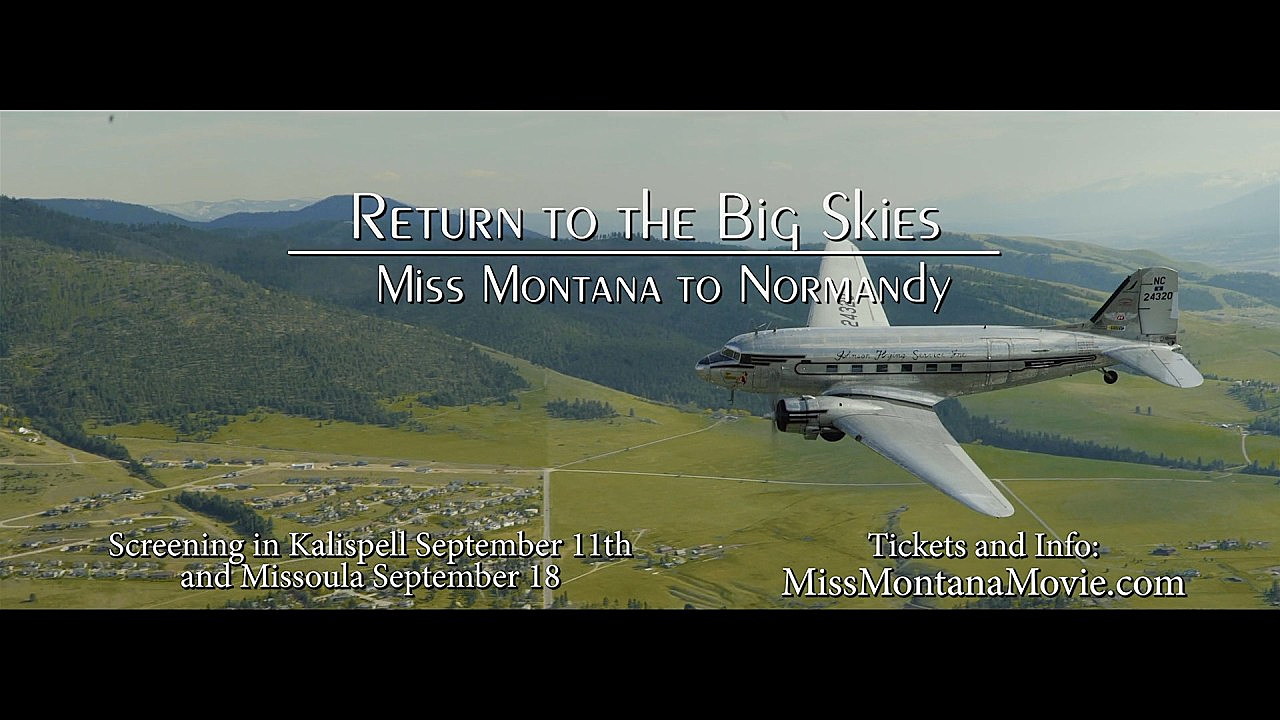 (KPAX) After countless hours of filming and editing, the new documentary on “Miss Montana” is about to take flight, with two opportunities to see the premiere of the new film coming up this month.

The documentary, “Return to the Big Skies: Miss Montana to Normandy” has been a work in progress since a determined crew of volunteers first came up with the idea of restoring the legendary C-47 cargo plane nearly two decades after it had been brought back to Missoula.

The film, produced with great love and determination by local filmmaker Eric Ristau of One Acre Films, captured extensive footage during the plane’s restoration, rollout, and the scramble to get the plane on its way to participate in the 75th anniversary of the “D-Day” Invasion during World War 2.

“This is a statewide effort,” volunteer Bryan Douglass tells a crowd of Missoula retirees during a clip from the film. “We didn’t want it to just be a Missoula project or a museum project. We want to represent the whole State of Montana. Veterans, smokejumpers, and especially the guys that died in Mann Gulch.”

“Over about 10-months we shot 45-hours of footage through all stages of Miss Montana being brought back to flying state,” Ristau says. “And it was just an incredible pleasure for me to watch all the volunteers and watch everybody just put their hearts and souls into this thing. But at the time we started the film, we had no idea that it would turn into such a great story, a race the clock kind of story.”

The first showing of the documentary will be September 11th at Sky ranch in Kalispell, and then on September 18th at Big Sky Brewing in Missoula. All proceeds are going to help continue the plane’s on-going mission of history, education and honor.

For more details and tickets, go to the Miss Montana Movie website.