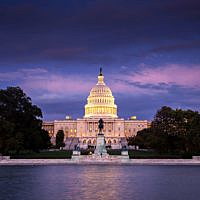 KALISPELL - Five Republicans will be on the primary ballot in Montana’s western congressional district, and four of them are based in the Flathead. Flathead County is one of the main centers of Republican voters in the 1st Congressional District, which also includes areas like Missoula, Ravalli County, Butte, and Bozeman. Much of the attention in the primary has been on … END_OF_DOCUMENT_TOKEN_TO_BE_REPLACED

If sportsmen can’t show that killing large predators means more than just a trophy on the wall, a growing proportion of the public is going to push back, according to a former Fish, Wildlife & Parks supervisor. Former FWP supervisor and biologist Jim Williams joined hunters’ representatives discussing predator management across the nation as part of a panel at the … END_OF_DOCUMENT_TOKEN_TO_BE_REPLACED

WASHINGTON, D.C. - Sen. Steve Daines believes the U.S. should follow Canada's lead to increase timber harvesting as a way to cut fire danger and boost affordable housing. Daines made the observations Tuesday, as the Senate Energy and Natural Resources Committee hosted Canadian leaders for a discussion on the "energy and materials partnership" between the two … END_OF_DOCUMENT_TOKEN_TO_BE_REPLACED 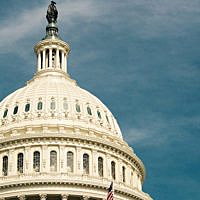 In Montana’s western congressional district, three candidates are making the case that they’re the best choice to bring the Democratic Party’s message into the general election. Cora Neumann, Monica Tranel and Tom Winter are all seeking the Democratic nomination in the 1st Congressional District, which covers much of western Montana, including the cities of Kalispell, … END_OF_DOCUMENT_TOKEN_TO_BE_REPLACED 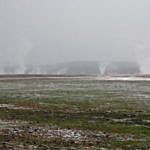 Last week, Yellowstone National Park experienced its largest earthquake in nearly five years, with a magnitude 4.2 earthquake happening about 23 miles northeast of the East Entrance to the park. The earthquake happened in an area known for earthquakes, scientists said. The University of Utah seismograph stations reported the earthquake at 7:32 a.m., on May 11. The … END_OF_DOCUMENT_TOKEN_TO_BE_REPLACED