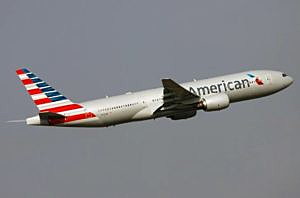 Those working to expand the destinations offered from Missoula International Airport and grow the number of airlines serving the city remain hopeful that American Airlines will enter the local market next spring with nonstop service to Dallas/Forth Worth.

James Grunke, president and CEO of the Missoula Economic Partnership, said the airline would likely begin on a seasonal basis, launching service from June through October.

“We expect that service to start in June of next year,” Grunke said. “They started two years ago in Bozeman and this year in Billings. We have an incentive package of about $1.3 million to put up for them.”

The strategy, now years in the making, looks to increase competition among airlines serving the Missoula market. It also looks to add new service – a move advocates say could help drive down fares.

“After each leg proves itself, we continue to have other markets we’re interested in,” Grunke said. “We’d like to see Delta come back with a Seattle connection. We’d like to look at Las Angeles. We as an economic development organization would like to see year-round service to Chicago and San Francisco. It’s very difficult to get companies to relocate here or expand here if they can’t make a direct connection.”

To help in that effort, MEP contracted WindFall, a local ad agency, to raise $300,000 annually in guaranteed revenue. The Tourism Business Improvement District and the Missoula County Airport Authority will split WindFall’s $78,000 contract.

“The only way we can really get air service to come into our community is to provide cash to the airline, or share in the risk,” Grunke said. “So we as an organization have retained WindFall to go out and raise the revenue – $300,000 – to go toward air service support.”

Grunke said MEP and airport officials had intended to negotiate new service with Frontier Airlines to keep the low-fare carrier in the market year-round. However, Frontier announced this month that it will leave Missoula early this year as it adds new destinations.

Frontier will stop providing nonstop service to Denver on Oct. 4. Grunke expects the cost of fares from Missoula to jump once Frontier leaves for the season.