The march to develop central Missoula with high-density housing continued Monday night, as the City Council applied a new infill-zoning category for the second time in as many weeks.

The rezoning to RM2 Residential allows developer Damian Khoury to build 30 apartments rather than the previously allowed 22 units on a parcel located at 217 S. Catlin St. The property is currently vacant.

As they did a week earlier, several neighborhood residents and council members voiced concerns about inadequate infrastructure, including narrow roads, sewer problems and missing sidewalks.

Both developments are located near Russell Street and in a neighborhood with increasingly high-density housing.

A native Missoulian, Khoury told council members that the last thing he wants to do is overbuild within the city.

“What I would like to do is build some nicer two-bedroom, two-bath apartments,” he said Monday night.

Architect Mike Morgan said without the reclassification, it wouldn’t make financial sense to build only 22 units on the property, which is located immediately adjacent to the Milwaukee Trail, between Second and Wyoming streets. 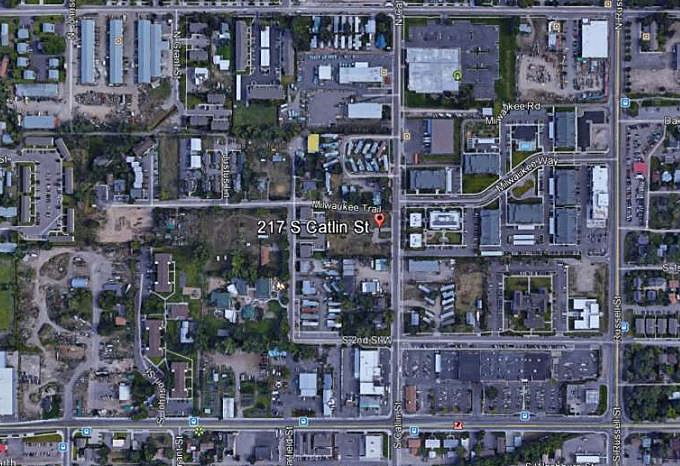 In their rezoning application letter to the city, Morgan and Khoury applauded the new RM2 Residential zoning classification.

“Considering Missoula’s projected growth along with statistical data showing that over half of Missoula’s residents rent their place of dwelling, we are pleased to see the new RM-2 zone,” they wrote. “Missoula is in need of more zoning districts that allow higher density multi-family uses without competing with commercially zoned properties.

The biggest demand in the Missoula market is for “housing that’s affordable while mixed with neighborhood commercial uses,” according to Khoury and Hoffman. “217 Catlin Street is a prime location for contributing to the Focus Inward Policy.”

That’s not the sentiment of neighbors, however, who are watching their once-quiet streets grow crowded.

Neighborhood resident Kim Walterskirchen spoke against both the Wolf Glen and Khoury rezonings, each time voicing his concerns about taller buildings and diminishing property values.

He asked the council to consider implementing the growth policy in a more holistic way to account for neighborhood diversity and atmosphere.

With Monday night’s vote, the 1.4-acre lot will be reclassified from RM2.7 Residential to RM2 Residential. This increases buildable height from 35 feet to 45 feet, as well as increases the number of units per acre.

Missoula’s growth policy estimates that within the next 20 years, the urban area’s population will increase by 18,500 people, requiring 9,000 new housing units.