After two years of public meetings and political wrangling, a team of local dignitaries and developers sunk their shovels into the downtown dirt on Monday to break ground on a new $37 million hotel and commercial project.

While the Mercantile hotel by Marriott will undoubtedly transform the corner of Higgins Avenue and Front Street, it was the promise of economic revival that had most people talking during the afternoon ceremony.

“It was very difficult to see the (Mercantile) building stand vacant for six or seven years, dilapidating over time,” said Linda McCarthy, executive director of the Missoula Downtown Association.

“We’re excited about the first-floor retail projects,” she added. “Once the project is completed, we’ll have lots of jobs, retail, and food-and-beverage opportunities. The entire downtown community will benefit from that.”

Heavy equipment continued to move dirt on the downtown lot throughout the day, preparing the site for construction of a new five-story hotel. The 177-room project will include ground-floor retail and dining, along with a public museum that pays tribute to the property’s 140-year history.

Andy Holloran, the project’s developer with Mercantile Investors, said the property went under contract in 2015 with initial plans to renovate the existing building and redevelop the adjacent parking lot. 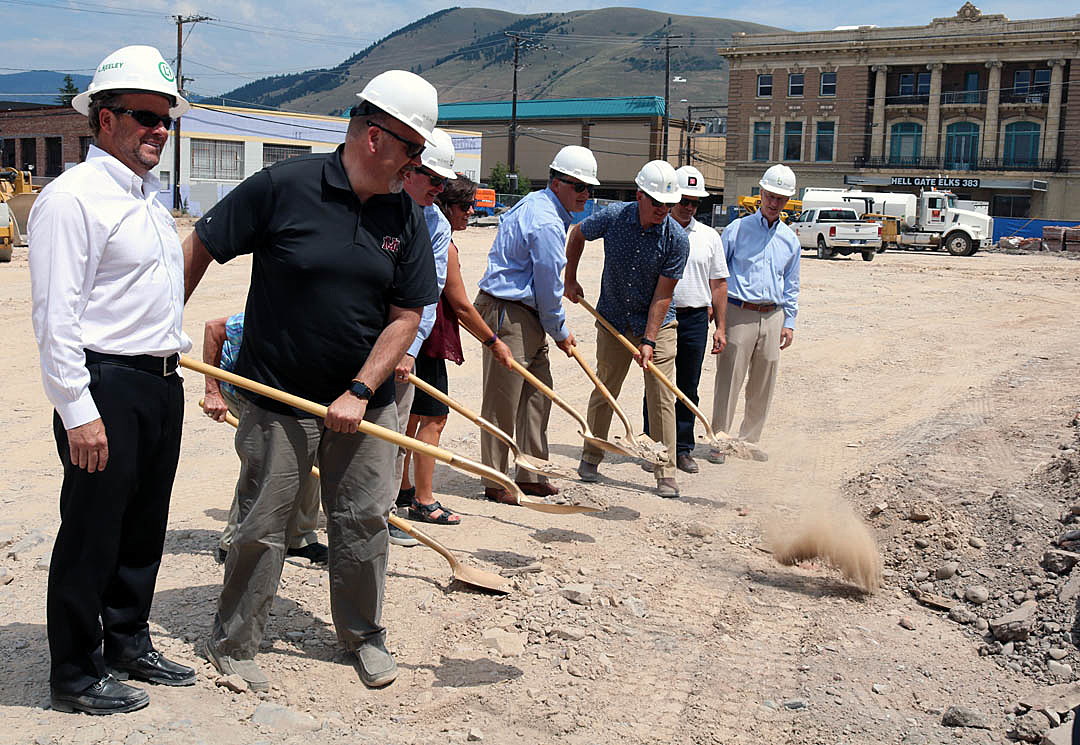 Those plans quickly changed, however, when the condition of the vacant structure was fully understood. At one point, Holloran said, the developers considered walking away from the property, as had several others over the years.

“We were at a critical stage of our planning efforts – do we cut bait and move on, or do we roll up our sleeves and really tackle a project that we knew was going to be very challenging and met with some resistance,” Holloran said. “It was a great community effort. It’s almost surreal to be in this position after truly two years of effort.”

According to the Missoula Redevelopment Agency, the hotel will bring an economic impact of $13 million annually, while hotel wages are estimated north of $2.6 million.

Branded by Marriott, the hotel expects to employ up to 58 people. The retail shops and restaurants on the ground floor will likely employ an additional 40 workers. Potential tenants are already looking to secure commercial space.

“It was a painful six or seven years after Macy’s moved out,” Ellen Buchanan, executive director of the MRA, said of the old structure. “We worked with countless potential developers and with each passing year and each passing developer, it was more and more apparent that that building was going to have to come down.”

Last month, MRA’s board of directors agreed to reinvest the tax increment generated by the new hotel back into the project once it’s fully completed and designed to the satisfaction of the City Council.

The ultimate size of the bond, while not to exceed $3.5 million, will be based upon the tax increment revenue generated by the project. That will be determined by the city’s financial adviser and Stockman Bank, once the final terms are negotiated.

The tax increment will help reimburse the cost of deconstruction, preserving a small portion of the original structure, and public improvements along Front and Higgins.

“It’s a giant first step,” said Buchanan. “The building would not have been deconstructed without the possibility of TIF assistance. The materials recovered from that building are absolutely outstanding. I’m proud of (Holloran) and the effort they put into this.” 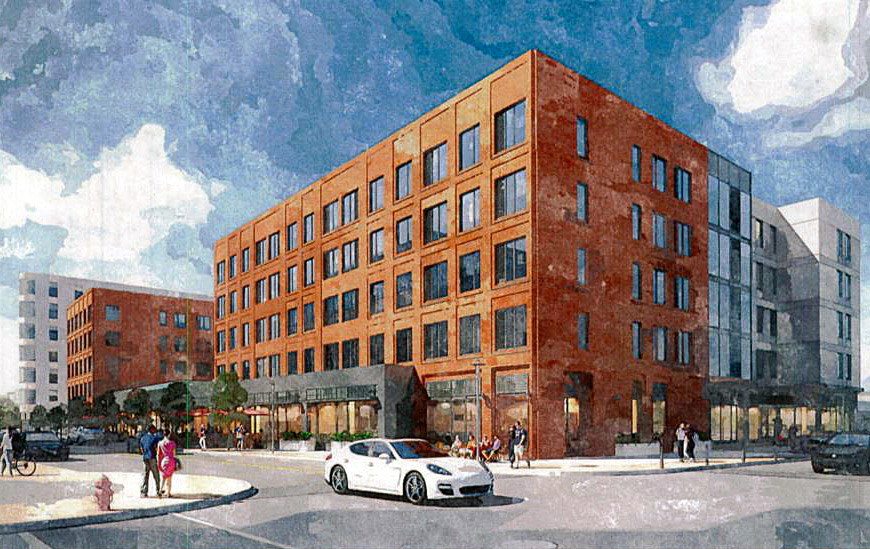 Early on, the project also won the support of Missoula Mayor John Engen, who brought many developers to Missoula over the years to showcase the city’s development opportunities, including the defunct Mercantile site.

One of those developers included Holloran and his team, which was sold on the downtown property.

“Visiting (Holloran) and his office, we did a little Google tour of Missoula and he became very interested, very early and sincerely, in this site and what it had to offer,” Engen said. “We all marched down that path for a very long time thinking it would indeed be a reuse project. We reached a point that this was not a reuse project but a deconstruction and redevelopment project.”

While the project was controversial in some local circles, it won the support of downtown business advocates early on. McCarthy said that support remains firmly in place.

She also believes the hotel and other projects now taking place suggest developers remain bullish on the Missoula market.