Development across the city of Missoula continues to move forward at a record-setting pace, bringing an uptick in needed housing and a wave of high-priced commercial projects that will likely continue in the months ahead.

Haynes told members of the City Council on Wednesday that revenue collected from such permits has also climbed, up from $1.3 million in 2016 to $2.1 million last year, marking a 23 percent increase.

“In terms of building permits issued, we were up 4 percent,” Haynes said. “It’s lower than I anticipated, but then again, we had a lot of plans in the hopper at that time. It’s been a challenge to get a handle on all the applications and plans that have been coming in.”

Single-family home construction has also ticked up in recent years. In 2012, little more than 110 single-family permits were issued by the city, though that has increased in each subsequent year, topping out at more than 200 last year.

So far this year, Haynes said, roughly 150 permits have been issued.

“After seven months, we’ve already issued more than 150 permits for single-family development,” said Haynes. “It’s a pretty consistent upward trend. Multi-family bounces around a little more, but we did have an exceptionally good year in 2016, and things are going well in 2017.”

In years past, construction of new housing, including single family, duplexes and multi-family units, was only enough to keep pace with demand. But starting last year, Haynes said, new construction began to get ahead of population growth.

It’s too soon to know what, if any, effect new home construction may have on the cost of housing in the years to come.

“We were around that 450 to 500 mark for the years 2013, 2014 and 2015, and it was just about enough to account for the population growth we’ve experienced,” said Haynes. “That number jumped up considerably to 775 last year, and we’ve already issued permits for 514 units so far this year.” 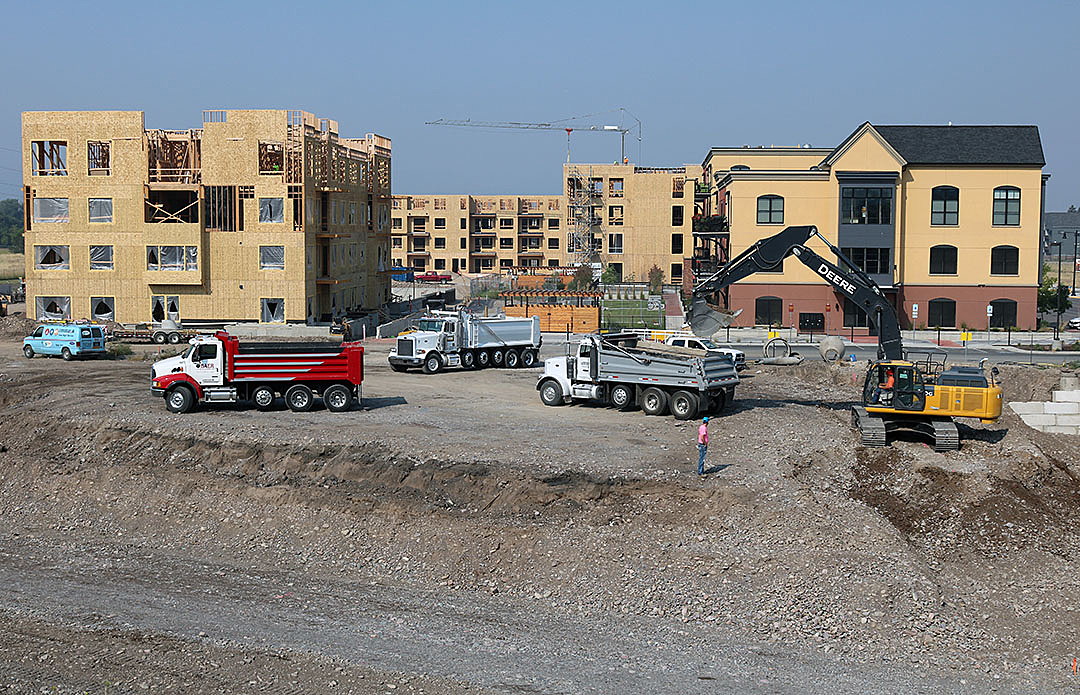 The use of GIS has enabled the city to begin mapping where new multi-family home construction is focused. The majority of it has taken place off Mullan Road with the addition of the Halling Farms apartment project.

The Old Sawmill District also has seen robust growth with Polleys Square and Sweetgrass Commons, among other housing projects. With the addition of the student housing center and Toole Crossing, the downtown district is also seeing more residential development.

“It’s pretty reflective with the type of development patterns we want to see, with focus inward,” said Haynes. “It gives you an idea where that multi-family development is happening.”

Haynes said Development Services will soon add single-family construction to the map. That should show growth in Linda Vista and 44 Ranch, as well as other subdivisions with entitled lots.

This year’s largest commercial projects permitted include the $15 million renovation of Hellgate High School and the $7.6 million shell permit for the Marriott Hotel, under construction at Front Street and Higgins Avenue downtown.

“We had a pretty significant amount of development activity in the second quarter this year, and we’re ahead of where we were at this time last year,” Haynes said. “We’ll see what happens for the last five months of the year. We still have a lot of plans coming in and permits to issue. We’ll see how things go as we close out 2017.”