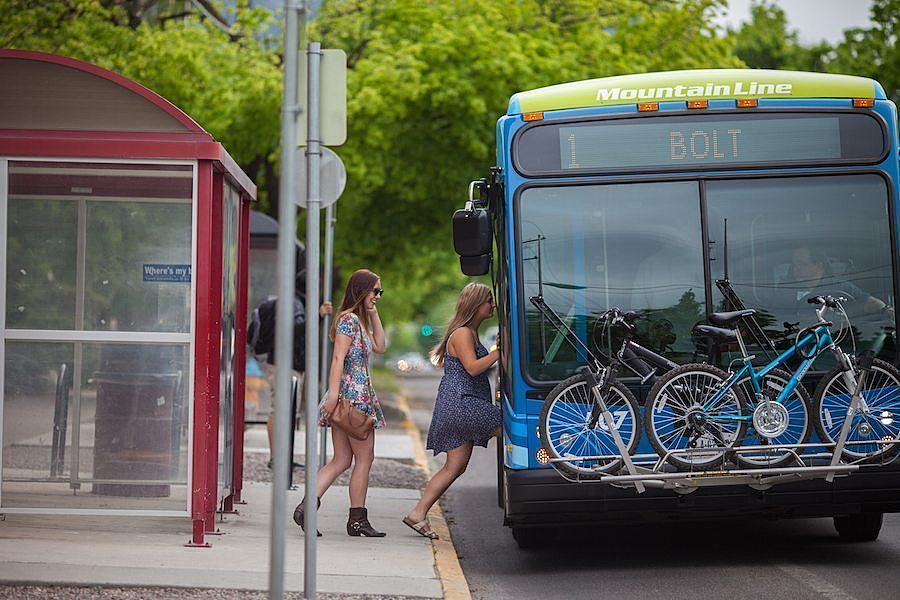 Fans of mass transit in Missoula could find their wait for the bus a little more comfortable this year when Mountain Line installs three new shelters at popular stops within the city.

Permits for the shelters cleared Development Services this month and should be installed this year at Trempers Plaza, Dore Lane and the intersection of Spruce and McCormick.

“These three stops are part of the Bus Stop Master Plan,” Bill Pfeiffer, community outreach coordinator for Mountain Line, said Wednesday. “We had a grant that was lapsing and we felt this was a good use of those funds.”

Mountain Line adopted its Bus Stop Master Plan in 2015 to establish consistent guidelines for the design and placement of bus signs and stops.

Pfeiffer said the plan identified three priorities that included placing signs at every stop. The organization’s signage is currently inconsistent, he said, with some signs nearly 30 years in age while other stops have no signs at all.

“We’re really working with the state right now to get approval to unify those signs,” Pfeiffer said. “The second thing we want to do is look at all the bus stops on Routes 1 and 2 and prioritize the high-use stops on those routes for improvements.”

Identifying the most popular stops became easier when Mountain Line installed automated passenger counts on its buses. And while making improvements to high-valued stops remains a priority, securing the funding to do so has been challenging.

“We’re still hoping to fund that plan in its entirety at a later time,” Pfeiffer said. “Our dream goal would be to have a sign and concrete pad for every stop. But it’s going to take a creative solution to find the funding to bring that plan to completion.”

As Mountain Line looks to fund and implement its Bus Stop Master Plan, it’s also working to continue Zero Fare service for another three years. Free service was launched in 2015 and has resulted in record ridership, logging 1.6 million passengers in 2016.

The program was set to expire in January, though Pfeiffer said the partners that made Zero Fare possible have opted in for another round. It’s likely the service will continue for several more years.

“As of this point, we have confirmation that all 15 partners will participate for another three years,” said Pfeiffer. “We’ll be kicking off a campaign this fall we’ll be calling ’40 for 40.’ We’re turning 40 in December, and our goal for the next year is to increase the number of partners to 40 if we can. It’s looking pretty good.”

Pfeiffer said Mountain Line also continues to negotiate with Southgate Mall regarding a new transfer center in the Midtown neighborhood. That plan was envisioned as part of the mall’s redevelopment, as well as the city’s plans for the Brooks Street corridor.

“We’re still in discussions with Southgate Mall on how that’s going to change,” Pfeiffer said. “We both have different ideas right now on how we’d like that to look. We’re working on finding middle ground.”