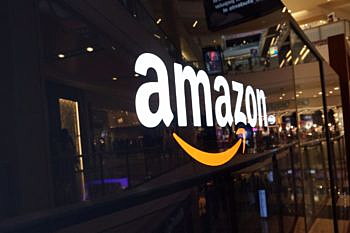 Requiring a metro population of 1 million people and at least 8 million square feet of existing office space pretty much eliminated Missoula from any chance of landing Amazon’s sought-after second headquarters this month.

In fact, neither Missoula nor any other Montana city submitted a proposal, making the state one of seven that passed on the chance to compete for Amazon’s HQ2 facility and the $5 billion community investment that comes with it.

“First and foremost, we weren’t even close to the minimum qualifications,” said James Grunke, president and CEO of the Missoula Economic Partnership. “It was so wildly unrealistic that it wouldn’t be worth staff’s time. But that doesn’t mean we don’t look at that to see what the secondary markets are for an Amazon-like company.”

Rather than vying for a corporate giant, MEP has taken a scaled-down and diversified approach to economic development. Among them, it’s ramping up efforts to develop the workforce needed to help existing companies grow while competing for new businesses that represent a good community fit.

This week, MEP will engage in a site visit with one such company that has placed Missoula on its short list for relocation. It’s these “best-fit” businesses where Grunke sees Missoula finding success, not chasing the likes of Amazon that call for a start-up labor force of 50,000 people.

“We certainly look at companies that fit in our target industries – manufacturing, high tech and the life sciences,” Grunke said. “We have a company visiting us this week as a potential site, and we think we can provide a workforce for this company and offer programs at the University of Montana and Missoula College that would support these types of companies.”

MEP last week unveiled a new workforce study which identified several barriers to economic growth, including a shortage of skilled workers and a limited labor pool. Steps to resolve such challenges should be detailed later this year.

And while Missoula wasn’t among the 238 metro areas that responded to Amazon’s request, it currently has as many as eight companies in the queue looking at the city for relocation or expansion.

“Our sweet spot is getting companies of between 10 and 50 employees,” Grunke said. “What we pride ourselves on is having a company, when they make a site visit, to meet with every person they need to know in 24 hours to help them make a decision on whether Missoula is the right fit.”

The city’s lack of industrial and warehouse space has also emerged as a limiting factor when competing for new businesses.

To resolve that, Missoula County earlier this month applied for a $19 million grant that could open up 400 acres of industrial land near the airport and lay the infrastructure needed for other development.

The results of that application should be known later this year.

“Missoula is already attractive, but one of our limiting factors today is the things we’ve all been talking about – housing, workforce and a lack of inventory of space,” Grunke said. “If a company had a need of 30,000 square feet of space, it’s not just lying around available right now. It’s not that Missoula isn’t attractive, it’s just whether we can fill the needs of a company. They want to be here.”

Montana joined North and South Dakota, Wyoming, Vermont, Hawaii and Arkansas in not submitting a pitch to Amazon for the company’s new headquarters.

While many of those states sat on the sidelines, Arkansas used the opportunity to make a pitch of its own by writing “it’s not you, it’s me” in something of an Amazon break-up letter that ran in the Washington Post.

The ad, which drew national attention, said things could still work out with Amazon under different circumstances.

“We’re happy knowing that many great companies find our natural good looks coupled with our brains for business irresistible,” Little Rock wrote. “If another expansion opportunity comes up and you’re ready to join the visionaries, dreamers, romantics and the idealists who know that bigger isn’t always better, give us a call. We would love to find a way to make ‘us’ work out.”

Grunke said Amazon’s requirement of a population base of 1 million people and an available workforce of 50,000 people, among other mandates that included existing office space and a greenfield site of 100 acres, eliminated Missoula from the running.

“One million people – that’s the entire state of Montana,” Grunke said. “A labor force of 50,000 people? We only have a labor force of 65,000 to begin with. It’s not that we’re anti-Amazon, it’s just so wildly unrealistic that it wouldn’t be worth the staff time.”