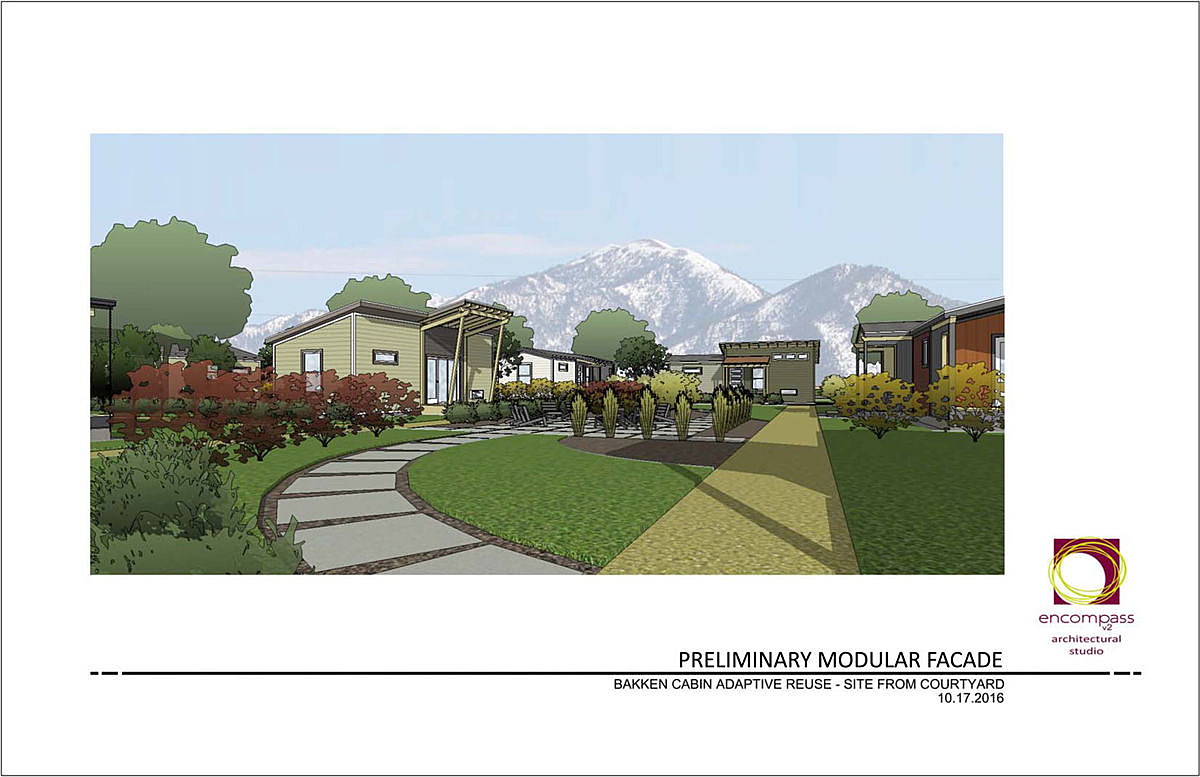 One year removed from the successful opening of a downtown apartment building geared toward modest incomes, Homeword is looking at a second project, this time using modular homes once destined for the Bakken oil patch.

In the process, it may also break down the barriers that limit uses on non-conforming lots in the city, a move that could create options for local developers and housing agencies looking to construct affordable housing.

“I think that’s a possible outcome, and it’s a goal,” said Andrea Davis, executive director of Homeword, a nonprofit housing agency based in Missoula. “We’re all looking at finding a pilot project like this where we can start to utilize different development practices that we can use in the future.”

Homeword acquired 10 of the “little houses” last year and has been storing them on city property ever since. The homes, once destined for the Bakken, were initially purchased by an investment company and delivered to Sidney to accommodate workers in the oil field.

But when the oil boom slowed, the need for housing went with it and the investment company sought an organization that could use the homes as affordable housing. The Bozeman branch of the Human Resource Development Council bought 50 of them, and 10 of those were purchased by Homeword.

“They meet all sorts of energy and building codes and they’re 2-by-6 construction, so they’re built very well,” said Davis. “They’re brand new and haven’t been lived in. We didn’t have a project for them, but we knew they could be used for rental or home ownership.” 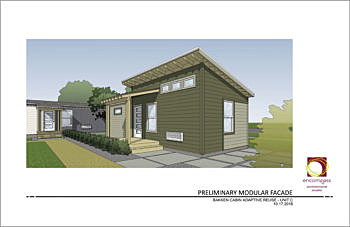 The homes are small but sturdy and have been stored on city property ever since arriving in Missoula last November. Not long before that, Missoula Mayor John Engen announced a new housing initiative and, along with it, created the Office of Housing and Economic Development.

As part of that process, the office has created a housing task force, of which Davis is a member. A new housing policy is expected to come as a result, and it could look at changes to address affordability.

“How are we going to look at some alternatives to typical subdivisions with stick-built homes?” Davis said. “We don’t live in a valley with a lot of land and we don’t have the money to afford the infrastructure that comes with those types of things. There may be an opportunity to look at how we use smaller infill lots more creatively.”

Along the way, Homeword also has acquired a non-conforming lot from the Missoula Food Bank on Catlin and Wyoming streets where it looks to place six of the 10 homes. The site was formerly owned by an auto repair shop and will likely need environmental remediation, just as the Food Bank did before it built its new pantry.

Placing the homes on the site will require city approval, since the lot doesn’t conform to the proposed use, Davis said. That could come through the so-called Townhome Exemption or some other city ordinance, though the process isn’t yet clear.

“Is it going to work? We don’t know for sure, but I think we’re trying to use this as a model,” said Don Verrue, assistant director of Development Services. “We gave them some homework to go back and come back to us with some ideas on how they’ll meet parking and requirements for street design. We certainly encourage this kind of thing, because we really support affordable housing.”

The city’s housing prices have climbed significantly in each of the past several years, largely due to a lack of inventory and land prices. The median price of a residential lot stands at around $85,000 while the median price of a home is roughly $270,000.

In contrast, the median income sits at $42,800, a decrease from the prior year. Wages versus the going cost of housing has locked many out of the chance for ownership. 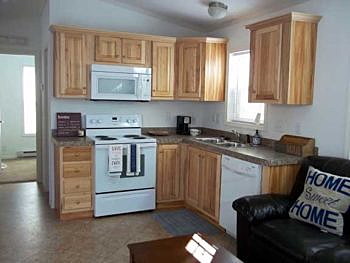 “Six homes when the need is so great seems like a drop in the bucket, but we have to start somewhere,” Davis said. “At a time when the market has nothing for someone earning 80 percent of median income, it will make an impact for those with limited means interested in home ownership and looking to build assets.”

At least five of the homes, which include two bedrooms and 550 square feet, will be targeted to those earning 80 percent of the area median income. For one person in Missoula, that’s $37,000 a year and for two people, it’s $42,000.

Davis said Homeword is looking at a price point of between $80,000 and $100,000. The units will likely be deed restricted to ensure they’re not flipped back onto the market.

“More and more, people are interested in smaller dwellings,” said Davis. “Ultimately, that’s what people can afford. We’re looking at the most creative ways to make these affordable for the long term.”