When Roe Erin asked a class of middle-school girls to assign a gender to a specific occupation, the results were predictable. Men work as welders and doctors while women practice nursing and work as nail technicians.

But on Tuesday, high-school women from across Missoula converged on the Missoula College industrial campus to gain a different perspective. While many believe that stereotypes still linger in today’s professions, they also believe that women can weld, wire a light and repair an engine as well as any man.

“For girls, it puts more power within them and it gives them more confidence,” said Sentinel High School junior Erin Schmidt, who took an interest in mechanical welding during Tuesday’s class. “When I hear it’s a man’s job, it kind of makes me feel weird. Girls can do work like boys can. They can have the power to do it, too.”

Girls Representing in Trades, offered through the YWCA and known as GRIT, has partnered with the Department of Industrial Technology at Missoula College in each of the past few years to expose more girls to the industrial trades.

While the program serves as an effort to break down gender barriers and lingering stereotypes, it’s also a push to grow Montana’s workforce as it faces a dire shortage of skilled laborers.

While 133,000 Montanans are expected to retire in the next few years, state statistics suggest only 123,000 workers between the ages of 16 and 24 are available to take their place. Half of those waiting workers are women and the trades will need them in the years to come.

“It’s important to get girls involved,” said Bill Hillman, an instructor at Missoula College. “The trades are just dying and need employees. Pretty much all of them are at zero percent unemployment. In the world according to me, if you’re a young man or woman and get into the trades, you can probably write your own ticket in five to 10 years.” 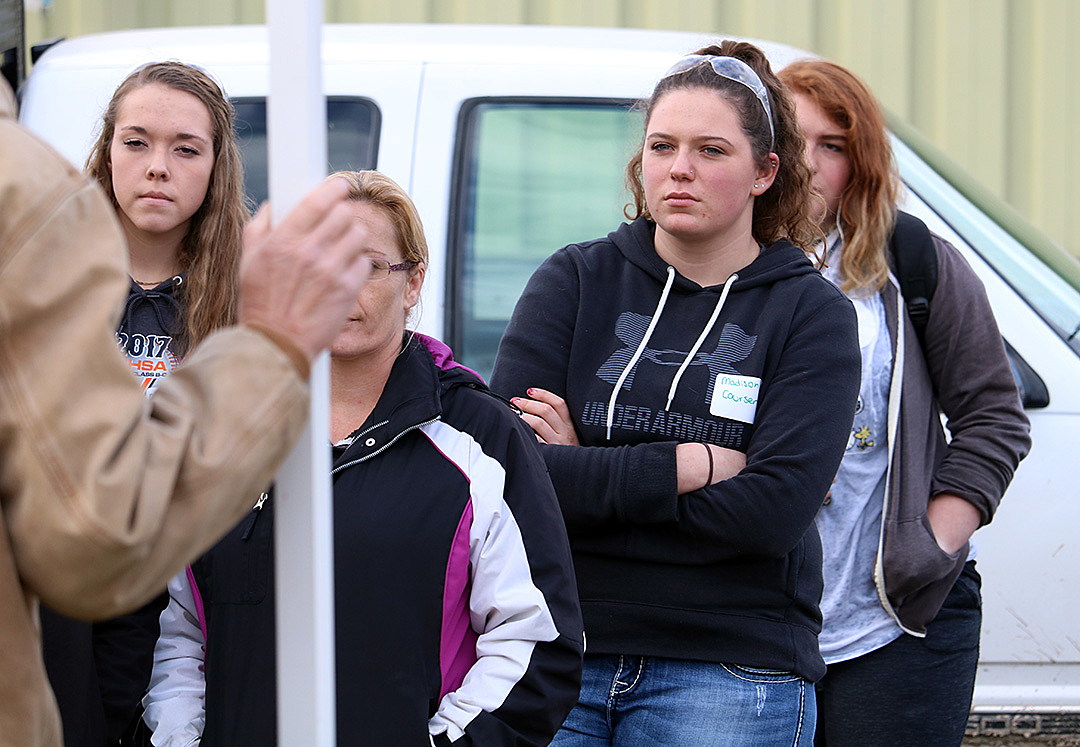 According to the GRIT program, employers will need to fill more than 2 million middle-skill jobs by 2024 – jobs in advanced manufacturing, information technology and transportation, among others. While many of the jobs offer good pay, only 11 percent of them are currently occupied by women.

Such facts aren’t lost on many of the young women engaged in Tuesday’s program, where they traveled from station to station in a crash course on everything from carpentry to welding.

“I never really thought about how, if you go into that (welding) trade, you can build your own tools and build your own parts to make something totally original that comes out of your brain,” said Sylvianne Wright, who plans to be an architect. “I think discrimination is really dumb, and I think it’s good that this class is going on because it shows the ladies they can do a man’s job.”

While many trades face their own challenges, some are facing a more urgent crisis. Nearly half of the nation’s welders are approaching retirement age, leaving an anticipated labor shortage of 200,000 workers. As it stands, females account for only 6 percent of the industry.

And according to the National Electrical Contractors Association, nearly 7,000 new electricians join the field each year, but 10,000 retire. In boomtowns like Missoula, where a strong national economy is driving growth and new construction, carpenters and plumbers remain in short supply.

Tapping into the “other half” of the workforce could help address the shortage, though the program offered by the YWCA and Missoula College is looking beyond that simple shortage to the larger social stereotypes and ways to break them down.

“We’re looking to expose girls to the trades as a way to help expand their perception of what careers are available to them,” said Roe Erin with the YWCA. “It’s about empowerment in general, and we want girls to have access to any career they want to.”

Erin believes stereotypes still linger, whether intentional or not. When she asked her class of female middle-school students to assign a gender to a job, the results were as predictable as they would have been 20 years ago.

“If you look at the statistics, there are very few women in these careers – they just don’t see themselves in this line of work,” said Erin. “As we’re guiding more people to these fields, we also want to change the makeup of the people in these fields and make it a more accepting place for women and others who are underrepresented in the fields.”