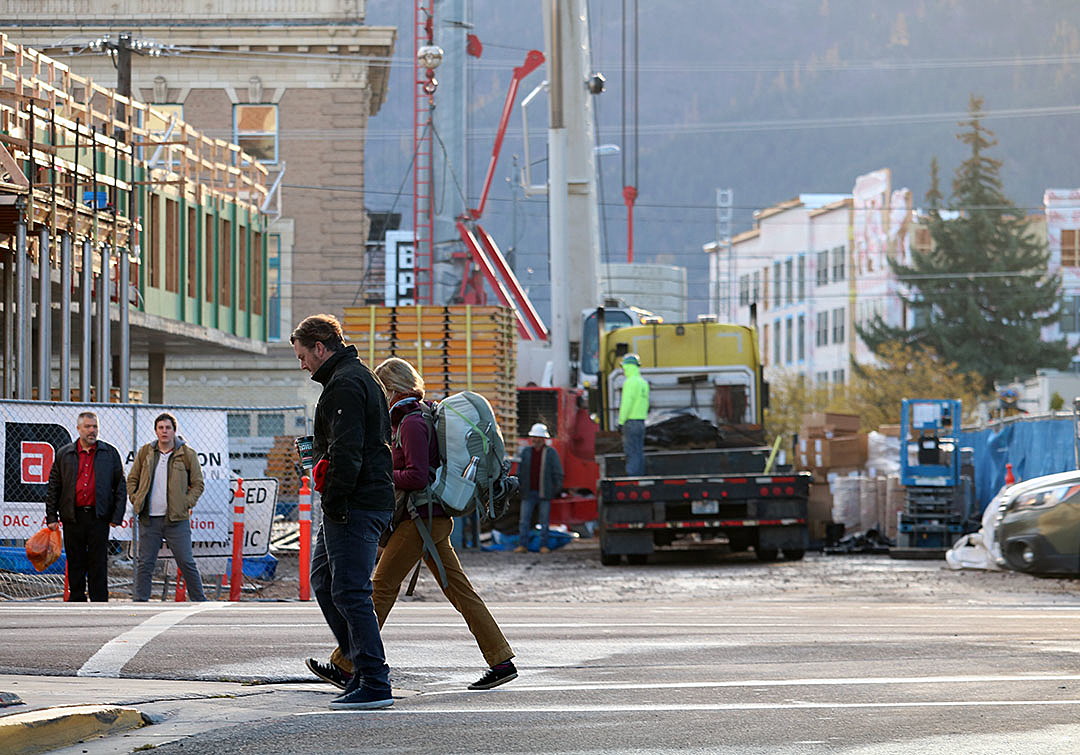 The number of permits issued for new home construction across Missoula was up this November over the same month last year, and remains ahead of 2016’s year-end figures.

The city’s Development Services on Friday reported that it issued 28 building permits for single-family homes in November, up from the 17 issued during the same month last year.

Director Mike Haynes said 232 single-family home permits have been issued so far this year, compared to 223 issued for all of 2016.

“At the level of units we’re permitting, it’s above what’s needed to sustain the population growth we’re seeing,” said Haynes. “It should have an affect on the market once those units are completed. There’s a time at which supply and demand should help with home prices as well as rents.”

In November, the city also issued three building permits for multi-family home construction, which is up from the two permits issued last November. Those three permits include 55 housing units.

So far this year, the city has issued 15 such permits with a construction value of $10.5 million compared to the 13 permits it issued at the same point last year.

“We’re slightly down on multi-family, but with a month to go, we’ll see what gets permitted over the next 30 days,” said Haynes.

Across all categories, the city has issued 659 building permits so far in 2017 with a construction value of $89.3 million, according to the latest development report.

At this point last year, the city had issued more permits – 733 in all – though they carried a lesser construction value of $76.8 million.

The downtown Marriott hotel and student housing project, both located on Front Street, have also added to this year’s construction figures, as have several projects in the Old Sawmill District.

“We’re continuing to see a healthy pace of development activity across the board,” said Haynes. “I’ll be interested to see what 2018 holds.”

Several sizable projects are expected to break ground next year, including a new Missoula County Public Library and the hotel and conference center planned for the Riverfront Triangle on the western edge of downtown.

Missoula International Airport is also slated to break ground on the first phase of its passenger terminal next year. That project, however, is not located in the city.

“It’ll be a strong year, but the level of development activity we’re seeing right now, I can’t say how long that will be sustained,” Haynes said. “For the next year or two, we’re all aware of quite a few significant projects out there we expect to see happen.”