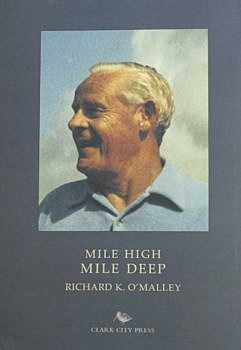 Two Montana writers have launched a new podcast, “Breakfast in Montana,” that will feature an informal discussion of two Montana books, one from the past and one contemporary work, in each episode.

As Russell Rowland and Aaron Parrett say in the introduction on their site, the podcast will be “an effort to explore what it is about this state that inspires so much incredible literature.”

In their first episode, which has been posted on the site, Parrett and Rowland discuss two novels by Butte writers — Richard K. O’Malley’s “Mile High, Mile Deep,” published in 1971, and David Abrams’ “Brave Deeds,” published just this summer.

For the next podcast, they will discuss the late Jim Harrison’s “A Good Day to Die,” and “The Widow Nash,” written by his daughter, Jamie Harrison.

Rowland, a native of Bozeman who lives in Billings, is the author of several novels and a work of nonfiction, “Fifty-Six Counties: A Montana Journey,” published in 2016. His first novel, “In Open Spaces,” was called “a novel of muted elegance” by the New York Times. It was also named one of the Best of the West for 2002 by the Salt Lake City Tribune and was on the San Francisco Chronicle’s bestseller list.

Parrett, a native of Butte who lives in Helena, writes history, essays, short stories and songs, and he’s also a talented musician and a letterpress printer. He has a Ph.D. in comparative literature and teaches English at the University of Providence in Great Falls.

Among his books are “Literary Butte,” “Montana Then and Now,” and “Montana Americana Music.” His latest book is a collection of short stories called “Maple & Lead.” Smith Henderson, the Montanan whose “Fourth of July Creek” was so widely hailed, used the release of “Maple & Lead” to proclaim Parrett as “arguably the best writer the state of Montana has ever produced.”

Parrett and Rowland are going to need guest podcasters to discuss their own books one of these days.

The two writers were introduced online by Allen Morris Jones, whose Bangtail Press published “Fifty-Six Counties” and “Montana Then and Now.” That was about three years ago. Rowland and Parrett finally met in person, appropriately enough, over breakfast in Helena.

“It was immediate,” Rowland said of their friendship. “We really clicked.”

At some point, they began talking of working together on a book about Montana writers that would take a literary-critical look at the history of literature in the state. Then Rowland — who can’t remember exactly why — suggested they launch a podcast on the same subject, and use their conversations as the basis for an eventual book.

“Aaron was all over it,” Rowland said. “He was on board from the moment I mentioned it.”

They brought in Brie Ripley, formerly a reporter for Yellowstone Public Radio who had some experience with podcasts, to help produce the episodes, which Rowland said will probably come out once a month for now, and maybe twice a month sometime in the future.

Rowland said the name of the podcast was suggested by another friend and is meant to suggest the informal, conversational nature of their discussions of Montana literature. The style suits Parrett.

“Even though I am an academic,” he said, “I despise academic writing.” He wants the podcast to be accessible to regular Montanans, and he wants the book, if it comes to pass, to be read by more than a handful of students of literature.

The informal nature of the undertaking was illustrated by Rowland’s and Parrett’s conflicting notions of its focus. Rowland said they would probably limit themselves to fiction because “that’s what we both love.” But Parrett said, no, he couldn’t imagine leaving out nonfiction because there were so many good Montana books of that kind.

The idea of discussing two books in each episode is aimed at bringing attention to new works while making sure that notable books from the past, both famous and obscure, are not forgotten.

In the first episode, they take on O’Malley’s classic novel set in the 1920s, when he was a boy in Butte. As they point out on the website, O’Malley wrote the book while working as the Associated Press bureau chief in Paris.

Pairing that with “Brave Deeds,” they said, gave them a chance to talk about the phenomenon of writers moving to Montana. Abrams, whose first novel was “Fobbitt,” grew up in Jackson, Wyo. His new novel, like his first one, is about the Iraq War, where he served.

In the first podcast, Parrett and Rowland generally agree with each other’s estimates of the novels under consideration. They promise they won’t always be so agreeable.

“We’re already finding that we disagree about the (Jim) Harrison book,” Rowland said.

They should have no lack of books to talk about. Asked to name their three favorite Montana books, neither of them was able to confine himself to that few. Rowland initially named Norman Maclean’s “A River Runs Through It” and “American Copper” by Shann Ray. He was stumped to pick a third, but then said he couldn’t imagine a list that didn’t include Mary MacLane, William Hjortsberg, Thomas Savage and Matt Pavelich.

Parrett offered a caveat before answering the question: “If you asked me again tomorrow I’d give you three different ones.”

Then he listed “something” by Jim Harrison, maybe “Legends of the Fall,” “The Burning Women of Far Cry” by Rick Demarinis and MacLane’s “The Story of Mary MacLane,” though he preferred her original title for it, “I Await the Devil’s Coming.”

Saying which, he went on to list “Mile High, Mile Deep” and Joseph Kinsey Howard’s “Strange Empire” and “Montana, High, Wide, and Handsome.” Then, not waiting for tomorrow, he changed his mind and said his top pick would have to be “Montana Gothic” by Dirck Van Sickle.

He sounded as though he had a few more books in mind. We’ll leave them for “Breakfast in Montana.”