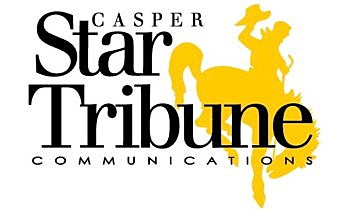 Employees at the Lee Enterprises-owned Casper Star-Tribune are trying to unionize, according to a story by Corey Hutchins at the Columbia Journalism Review.

One prime motivator of the unionization drive is the desire by Star-Tribune reporters to report on the newspaper itself.

Hutchins quotes Seth Klamann, a 25-year-old education and health reporter helping to lead the charge, who said, “If we were to face a layoff or something [right now], I don’t know if we would actually be able to write about it.”

That wasn’t always the case, at least at the Billings Gazette. A number of years ago, layoffs were reported on in the pages of the Gazette. The stories were a bit perfunctory and didn’t include any quotes from community leaders lamenting the decline of local coverage, but the bare facts were reported.

In recent years, though, the layoffs at Lee’s six newspapers in Montana and elsewhere have been so steady that apparently they are too embarrassing to merit coverage in its own editions. As Hutchins reports, Lee “slashed total employment by about 42 percent between 2012 and 2017.”

If Lee papers like the Casper Star-Tribune were given free rein to report on the company that owns them, they might point out not only that subscriptions have gotten more pricey and that news content has been trimmed substantially in those same years.

They might also report that Mary Junck, executive chairman of the Lee board, was paid $10.5 million between 2013 and 2017. If you’re wondering what she and other top executives did to “earn” their pay, the most recent round of layoffs is illustrative.

As reported by the Poynter Institute, advertising revenues were down 9 percent in the last quarter of 2017, but Lee was still able to post a “profit” because of “cuts in people and paper and a favorable income tax adjustment.”

That is the state of affairs at Lee Enterprises these days: The news hole shrinks, the cost of reading the paper goes up and revenues go down, but by cutting employees — the ones trying to raise families on relatively paltry pay — the top executives report a “profit” to shareholders and the board hands them bonuses.

And you wonder why Lee Enterprises is afraid of having its employees report on it.

Anyway, read the whole article by Hutchins, and don’t miss the story about the Cheyenne editorial page editor who was fired — quite legally — for refusing to wear an anti-union button at work.