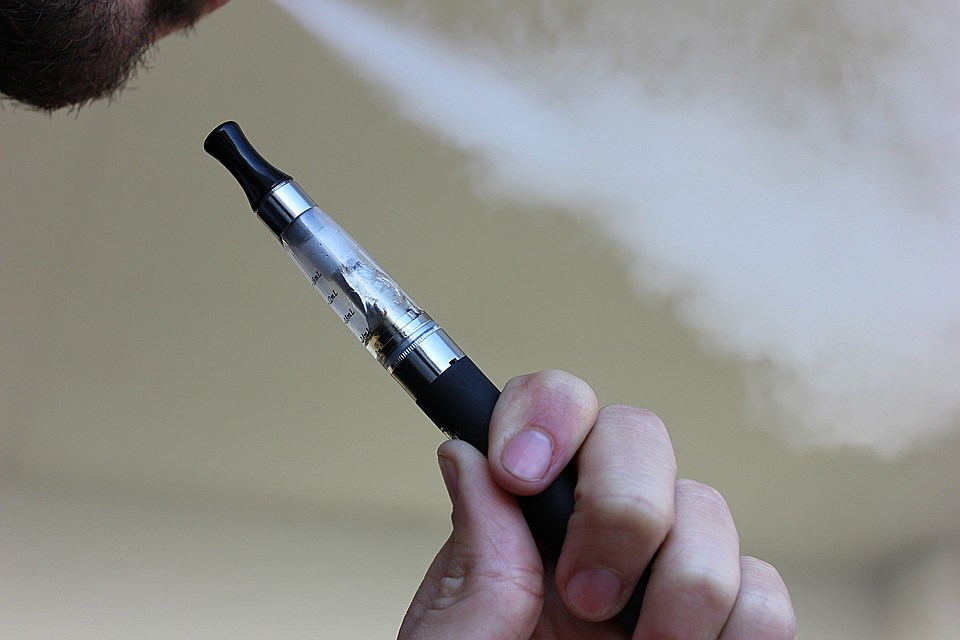 Owners and employees of shops that sell e-cigarettes have been granted at least a temporary reprieve from a proposed city ordinance expansion that includes their wares in Missoula’s ban on smoking in public places.

At Monday night’s City Council meeting, proponents of vaping said their businesses depend on customers trying e-cigarettes in the shop and returning to try different varieties. Employees also “train” first-time vapers in the use of e-cigarettes, they said.

Bowman and others provided council members with thick stacks of research reports that bolstered their argument.

Vaping is a safe and effective alternative to cigarette smoking, Bowman said, adding that many customers are referred to his shop by their physicians.

“I’m so glad that we have this alternative,” he said. “My Grandma never got a chance to try vaping. She died of emphysema. I loved her so much, I wish vaping had been an alternative for her.”

The proposed ordinance amendments up for final consideration Monday would ban the use of electronic cigarettes in indoor public places and give business owners the ability to restrict smoking within 25 feet of their entryways or vents.

The amendments also would outlaw smoking – including vaping – in some public areas like city playgrounds, sports fields, Silver’s Lagoon and the Bancroft Street duck ponds.

Missoula was the first city in Montana to adopt an ordinance banning smoking in indoor public places in 1999. After lengthy and contentious debate, the Montana Legislature adopted its own statewide restrictions in 2005, banning indoor smoking in most public places.

Four years later, the state expanded the restrictions to bars and taverns. Since then, local health officials contend, Missoula’s original ordinance has become less stringent than state law. But instead of repealing it completely, the health department opted to modernize it.

But after hearing from a half-dozen e-cigarette shop owners Monday night, council members sent the proposal back to committee for a potential revision – suggested by Ward 3 Councilwoman Heather Harp – that allows indoor vaping at e-cigarette shops, but precludes it elsewhere.

Tommie Doss, co-owner of Liberty Vapor, reminded council members that the city is already “very strict” with e-cigarette shops, requiring the businesses to be completely sealed, have separate ducting from any other parts of a building, and the like.

The businesses abide by the existing regulations, but believe the proposed ban on vaping would put their sales at risk, since testing and training are an integral part of the business.

“Adults are coming in here for one thing only – e-cigarettes,” she said. “We don’t sell chips, we don’t sell soda.”

Countering the many research reports distributed by the vaping proponents was a letter from the Montana state medical officer, who supported the ordinance amendments, including the ban on indoor vaping.

Dr. Gregory Holzman cast doubt on the safety claims offered by shop owners, saying no one really knows what chemicals and other substances are in an e-cigarette because the product is not regulated.

When the Montana Clean Indoor Air Act was passed in 2005, e-cigarettes had not yet reached the United States, so were not included in its ban on smoking in public places.

There remain few regulations on the product, he said.

“We don’t know how clean e-cigarettes are, due to the content not being regulated,” Holzman said. “We do know it is not as clean as normal indoor air.”

There is nicotine in e-cigarettes, he added, and all exposure to nicotine is dangerous in his estimation.

In addition, “workers are not being given a choice between clean air and their job,” Holzman wrote. And, finally, e-cigarettes pose a danger of fires and explosions, he said.

Council members did not instruct City-County Health Department staff members how – and even if – to revise the proposed amendments, but will take that up at a subsequent committee meeting.

When originally introduced by council member Michelle Cares and Shannon Therriault, the environmental health director at the City-County Health Department, they said many Missoula businesses had asked for the changes.

“A lot of business owners have been asking for this,” said Kaila Warren, the health department’s tobacco prevention specialist. “It’s a different world out there now than I think it was, and it’s not as normalized to smoke. There’s a different behavior change now, and people don’t want to be exposed to it.”

“Updating this ordinance creates a more uniform application of the Clean Indoor Air Act,” council member Julie Armstrong said at the time. “This is a response to business owners who have asked us to codify that buffer zone, because they want to be able to enforce it. This gives them the opportunity and choice to enforce it which, before, there were no repercussions or consequences for people smoking outside their door.”

Warren said nearly half of all high school students have tried e-cigarettes and 23 percent are current users. The National Academy of Science, however, has published evidence suggesting that vapor from e-cigarettes emits potentially toxic substances.

“With the increased rate of youth using e-cigarettes, this a smart prevention move,” said Warren. “The big overall message is, it would great for the overall health of Missoulians.”