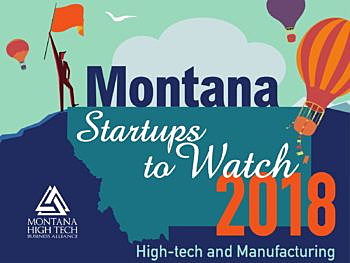 Several technology companies based in Missoula made the Montana High Tech Business Alliance’s list of startups to watch in 2018, including a biotech firm that landed a federal grant to develop a new drug aimed at treating respiratory infections.

The alliance released its inaugural list last year, hoping to bring attention to promising, early stage tech companies in the state and to showcase the role they play in growing the state’s entrepreneurial ecosystem.

This year was no different, said Christina Henderson, the alliance’s executive director.

“We’ve got incredible startups in the state bringing in the next generation of innovation,” she said Tuesday. “We wanted to give people a sense of the range and types of companies we have in Montana, the depth of talent they’ve recruited and the future opportunities.”

This year, experts at Next Frontier Capital, Frontier Angels, the Montana Manufacturing Extension Center and Blackstone LaunchPad at both the University of Montana and Montana State nominated early stage companies that show potential for growth.

Three companies in Missoula made this year’s list, including DermaXon, a biotech firm with an emphasis on drug discovery in dermatology, and GeoFli, which offers location-based marketing software. Since its founding in February 2016, GeoFli has seen 180 percent growth year over year.

While still a relative newcomer to the business world, Inimmune may be the most established Missoula startup noted on this year’s list. The company is working to develop new drug therapies for a wide range of diseases, including cancer, allergies and autoimmune disorders.

“Montana has been ranked one of the top five states for startups for the last five years in a row,” Henderson said. “Technology has removed geographic barriers to growth, and these startups are indicative of the opportunities tech brings to a landscape like Montana.”

Henderson said the eight finalists on this year’s list each have 10 or fewer employees and fit at least two of several criteria, such as the potential for steep revenue growth and ownership of valuable intellectual properties.

Early next month, the alliance will follow with a list of high-growth companies – those that have created a number of jobs, landed large capital investments and made deals with major customers. The final list will highly the state’s top tech employers.

“Last year’s list was slightly different, but it’s still our most popular piece of content on our website,” said Henderson. “It’s been widely ready by folks inside and outside Montana, so we thought it would be good to do the list again.”

A 2017 report funded by the Kauffman Foundation found that Montana claimed the highest concentration of entrepreneurs in the country per capita, and was near the top in its number of startups.

Henderson, who has had an eye on Montana’s tech and startup scene for four years now, said the growth in the industry has surpassed the expectations put in place back in 2014.

“In the beginning, we knew there was something to what we saw happening in the industry,” she said. “But we were all surprised by the scale and speed at which our membership grew and the industry has grown. We have the data to show this isn’t a trend that’s going away.”

The eight Montana Startups to Watch in 2018 include: