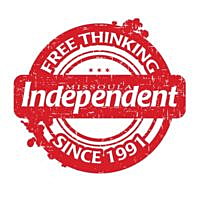 Staffers at the Missoula Independent took the first step this week in forming a union to preserve the paper’s independence under the ownership of Lee Enterprises, a corporate chain that owns five other papers in Montana, including the Missoulian.

Employees at the alternative weekly filed their petition Monday with the National Labor Relations Board, and they’re now waiting for a response from Lee Enterprises, they said Tuesday.

“They will have to respond to us on our petition,” Indy reporter Alex Sakaraissen said. “This is the first step in a long process. The next couple of weeks and maybe month will be an interesting time.”

The latest move by the Indy staff continues the yearlong saga that began last April when Matt Gibson, then the owner of the Independent, sold the publication to Lee Enterprises. Gibson told the Missoula Current that he made the decision in order to tap Lee’s technical capabilities amid sweeping changes in advertising trends and marketing.

At the time, Lee’s vice president of publishing, Mike Gulledge, said the Independent and the Missoulian would remain editorially independent despite the merger. Staffers at the alt-weekly are looking to hold Lee to its word.

“I’m in it to make sure the Independent stays independent,” Sakaraissen said. “A lot of people made jokes about us not being independent after the sale, but as far as I’m concerned, the paper you see now on the stands looks the same as before the Lee purchase. I want to make sure that stays that way – that we maintain our independence.”

But 10 months after news of the sale to Lee was made public, Gibson told staffers at the Indy that they’d be leaving their office on Orange Street to join the Missoulian at its office on Higgins Avenue.

While the move was billed as a cost-saving measure, the announcement didn’t sit well with the Indy’s reporters. It lead one to write, “The Indy’s future work space reflects the media wreckage that’s been accumulating through the digital age.”

Those at the Independent are well aware of Lee’s history of layoffs, including some of the state’s longest-serving and most experienced reporters. That “media wreckage” has led some at the Indy to consider their own job security working for the new corporate owner.

By organizing, they hope to have some say in their future.

“This is something that can help us have a voice in the process, rather than just having things happen to us,” said Indy reporter Susan Elizabeth Shepard. “We’d like to take part in the decisions that affect the paper. As with any changes that happen to the Independent, having some kind of bargaining power gives us, at least, a say.”

The timing of the Indy’s petition to organize comes two weeks before its staff is scheduled to move in with the Missoulian – a move that raises additional questions about the Indy’s editorial independence and how closely its reporters will work with their peers at the Missoulian.

While the content is unique, the Indy’s website is now a mirror image of the Missoulian’s and other Lee papers.

While Shepard said she’s been assured by Lee management that the Independent is valued for its “separateness,” moving in with the Missoulian, if even on separate floors, is a “big change to have thrust upon us.”

“The fact that we’re now in a unit with other papers and we no longer have a dedicated general manager or publisher for the Independent means, institutionally, there’s no longer an authority or body advocating specifically for the Independent,” she said. “We’ll be able to fill that slot.”

Staffers at the Indy said talk of organizing began last year after the sale to Lee. It gained momentum over the past few weeks, leading to Monday’s official filing of the petition with the National Labor Relations Board.

Talk of organizing among reporters at the Missoulian has come up in the past as well, though it was never given serious consideration. Past management worked to thwart such considerations by engaging more closely with staff.

Since then, however, the Missoulian – along with other Lee papers in Montana – has suffered a number of cuts, though few of them were reported by the paper itself. As the lines between the Missoulian and the Indy blur, Indy staffers are looking to preserve the identity of their product – and their jobs.

“This process has been empowering and has given me optimism for what we’d be able to do,” said Shepard. “I would love to see our colleagues at the Missoulian follow suit so they can experience how great it feels to take steps to preserve the good work they do for the community here.”

Shepard added, “We love this paper and we want to do everything we can to preserve what it does. I found it to be a great process all around, and I’m excited to see what’s next for us.”