A development tool included in last year’s federal tax plan could spark investment across a wide swath of Missoula, reshaping the West Broadway corridor with housing and retail development, the city said Tuesday.

Exactly what comes with the designation of a so-called “opportunity zone” remains in flux, though city leaders believe it could attract the investment needed to redevelop the corridor and areas north of the railroad tracks.

“We’re still waiting for the U.S. Treasury to release the regulations that define how the program functions,” said Eran Pehan, director of the city’s Office of Housing and Community Development. “But that zone for us was particularly exciting because it provides a really great opportunity to develop mixed-use residential and commercial development.”

Opportunity zones were included in the federal Tax Cuts and Jobs Act of 2017 to encourage long-term private investment in low-income communities.

Gov. Steve Bullock this week nominated 25 areas in Montana as an opportunity zone, including much of the West Broadway corridor. Loosely defined, it covers the corridor from Scott Street to North Reserve, and from Interstate 90 to the Clark Fork River.

“There’s a lot of exciting innovation in terms of development along the Broadway corridor, and there’s a lot of vision for the Broadway corridor,” said Pehan. “Once we have the regulations from the Treasury Department, we as a community really get to talk about what our goals for that area are, and how we can both recruit and attract investors to help us achieve our vision.”

While the city’s Downtown Master Plan didn’t extend as far west as Reserve Street, it did offer a vision for portions of the West Broadway corridor when it was released in 2009.

The plan cited the neighborhood’s opportunity for infill housing on vacant or underutilized lots. The vision included affordable housing in high-density development, and suggested that future projects should include a blend of both private and public investment.

“We’ve already had tremendous interest in the process and have been getting phone calls from folks both local, regional and across the nation to find opportunity zone investments that could be deployed in Missoula,” Pehan said. “It’s a tremendous opportunity.” 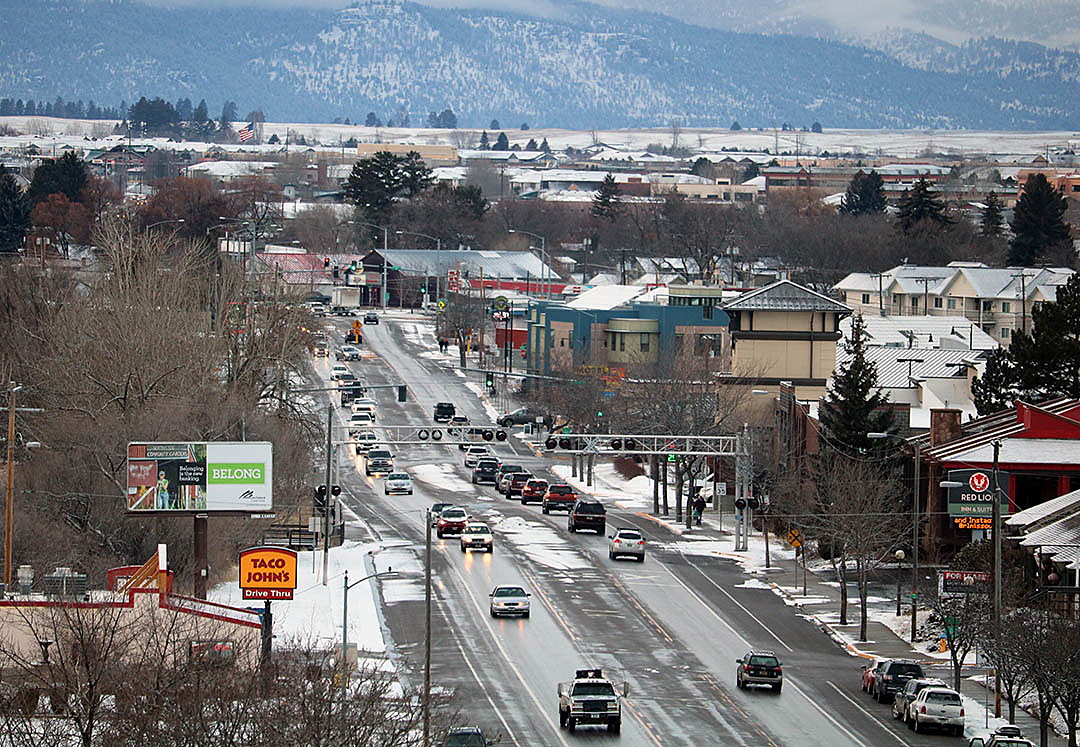 The new zone also includes the city’s North Reserve-Scott Street Urban Renewal District, which the city created early last year. Among other things, the vision for that district includes a mix of retail and commercial projects, light manufacturing and housing.

“We’re really eager to see how opportunity zones can be layered on top of investment tools that already exist, like low income tax credits or new markets tax credits, to really help us identify and develop those projects that will help us meet our goals,” Pehan said.

While more than 100 low-income Census tracks in Montana were eligible for the program, the federal government limited the state to 25 for designation as an opportunity zone. More than 60 Census tracts were proposed for the program by local communities.

“We asked cities, towns, counties, tribes, and economic development organizations to nominate areas that are most likely to realize development that benefits communities,” Bullock said. “I’m confident that the final zones I’ve nominated to the U.S. Treasury Department represent both high-need communities and areas that are ripe for investment in rural and urban corners of our state.”

While some watchdogs caution that the program could be exploited by luxury developers building high-end projects, advocates of the program, including Republican lawmakers who crafted the tax reform bill, believe the zones will boost investment and create jobs in economically distressed communities.

Bullock said the tool could direct private capital toward such things as downtown revitalization, workforce development, affordable housing, infrastructure, and business startup and expansion. City leaders also have high hopes for the program, though they’re still waiting for the Treasury to release the details.

“What that does is it allows us to identify both areas within this particular Census tract and projects that will support that neighborhood and community and lead to redevelopment, and infuse investment from the private sector into these projects to make them work,” Pehan said. “The national organizations are really optimistic about the power of opportunity zones. Some go so far as to say that this could be the most impactful investment tool for community development that’s ever been rolled out.”