A little attention is never a bad thing, especially when it’s aimed at your business climate.

After compiling data across a number of categories, Verizon Business named Missoula one the best small cities in the U.S. to start a business.

The third best, to be precise.

“Some would think it a little out of the way for starting a business, but Missoula is enjoying a fast trend upward in its population and economy,” the ranking stated. “Plus, it’s probably one of the most picturesque cities on the list.”

The list placed Portland, Maine in the No. 1 spot, describing it as “scrappy,” followed by Weston, Florida. Rapid City, Bismarck and South Jordan, Utah, were among the western cities that made the Top 10 list.

Missoula was the only Montana city ranked by Verizon Business.

“As home to the University of Montana, it boasts a fairly educated crowd, and has one of the lowest average commute times at just 15 minutes,” the rankings suggest. “Montana is also an extremely tax-friendly state, making it a prime spot for small businesses to take off.”

According to Verizon, the rankings reviewed data from 300 U.S. cities with a population between 50,000 and 75,000 people. Factors included education, the time it takes to commute to work and access to broadband.

It also considered income per capita and labor costs, loans per capita, and tax scores from the 2018 State Business Tax Climate. 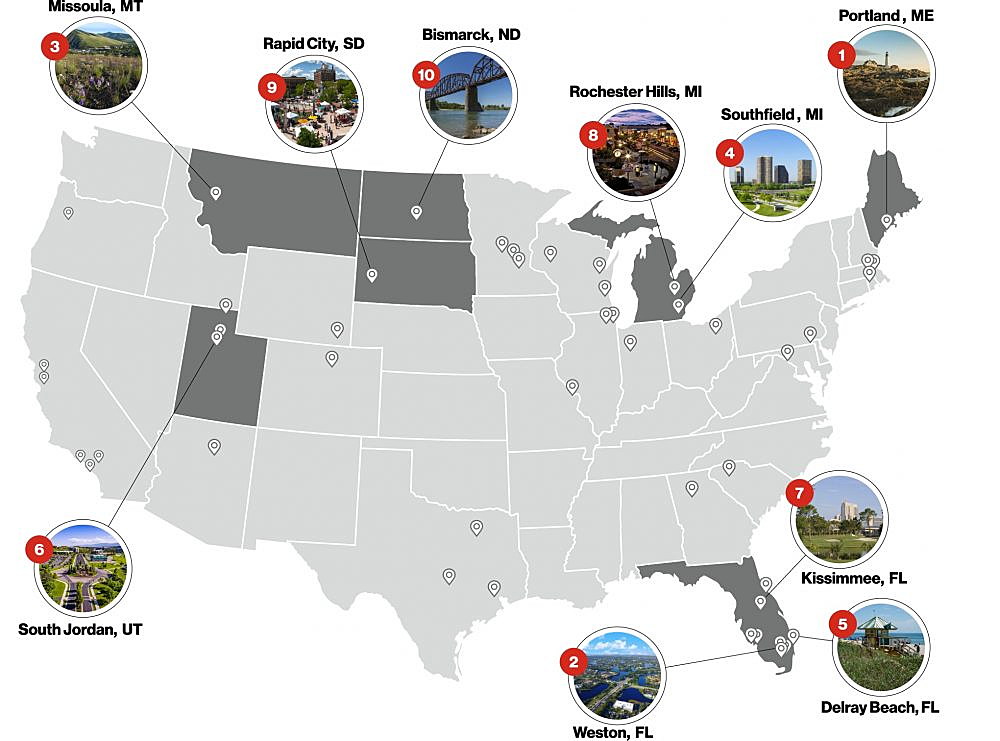