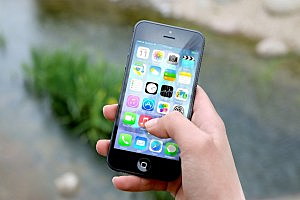 (CN) — The U.S. economy expanded by a solid 3.5 percent annual rate in the third quarter as businesses stepped up their purchasing ahead of a sharp jump in tariffs on Chinese imports scheduled to go into effect on January 1.

Wednesday’s report comes a day after the National Retail Federation said it believes consumer spending this holiday season has been strong, thanks to the strength the economy in the past year and to brick-and-mortar stores investing in online services that allow shoppers to buy online and pick up the items at the store.

But both reports come just weeks before the a new round of tariffs on Chinese imports goes into effect, and in the wake of President Donald Trump suggesting he could place a 10 percent to 25 percent tariff on iPhones and laptops made in China.

In an interview with the Wall Street Journal Trump said “people could stand” the resulting increase in prices on Apple products “very easily.”

The threat represents an new escalation in trade tensions with China because Apple products have so far been exempt from the vagaries of the growing trade war between the two countries.  Trump is scheduled to meet with Chinese President Xi Jinping later this week at the G-20 summit.

Eschewing the carrot for the stick, Trump the Journal, “If we don’t make a deal, then I’m going to put the $267 billion additional on” Jan. 1.

But now, the president says, he wants Apple, the world’s most valuable company, to build and manufacture iPhones in the United States — a move in considered unlikely given Apple’s long-time presence in China and the complexity of the global supply chain in operates from there.

Even before Trump’s interview with the Journal, economists were forecasting that growth will slow in the fourth quarter and decelerate further next year.

In the meantime, consumers are spending, according to the National Retail Federation. The industry group is forecast a 4.3 percent to 4.8 percent rise in spending in December — a figure below last year’s 5.3 percent increase but well above the average annual increase of 3.9 percent of the past five years.

In other economic news Wednesday, the Federal Reserve said in a report that U.S. corporations have elevated their debt loads to potentially risky levels.

The Fed’s report was its first assessing the stability of the U.S. financial system. A decade after the financial crisis, the report points to excessive borrowing by households and businesses, banks’ elevated debt levels, and high prices for stocks and other assets exceeding their real value.

Debt owed by businesses is at historically high levels, and growth in riskier forms of business debt has picked up recently, now at more than $2 trillion, the report says. Some companies’ level of debt over assets is near its highest mark in 20 years.

Changes made since the crisis have made the U.S. financial system “far more resilient” than it was before the debacle, the Fed says in the report. Banks have built stronger capital cushions against economic shocks.

“Despite this important progress, vulnerabilities may build over time,” the report says.