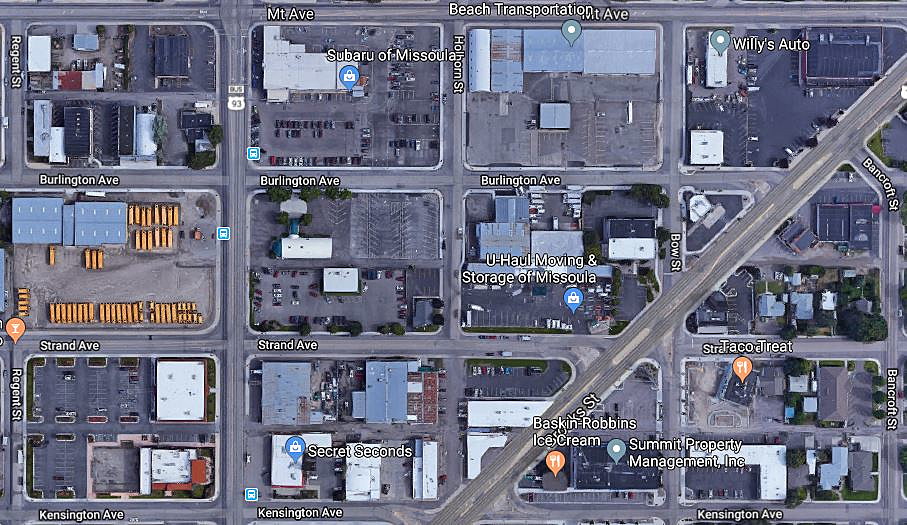 City leaders have sat down with a group of property owners to begin discussing the possibility of master planning a multi-block section of Midtown as efforts to reinvent the district intensify, Mayor John Engen said.

While rumors of a potential move by at least one major business in the district couldn’t be confirmed, Engen did say that several property owners have turned to the city to discuss the area’s potential, and what could be achieved with planning.

“They have expressed interest in having the Missoula Redevelopment Agency work with them on some master planning and a little dreaming about what could be,” Engen told the Missoula Current. “We’ve had property owners of significant parcels and folks interested at the table.”

The area includes as many as 10 blocks in Midtown’s southern quarter along Stephens Avenue, and south of Mount Avenue. The makings of change are already underway nearby, with large investments by onXmaps, Solar Plexus and Morrison-Maierle, which have all constructed new office or commercial buildings.

But the district is home to a number of other business with more parking lots than people. The area sits in Urban Renewal District III. As one of Missoula’s more promising renewal districts, it has seen several million of reinvestment over the past few years.

“Nobody is ready to pull up stakes or move businesses at this point in time,” Engen said. “But we want to take advantage of the fact that we have a strong URD there, and we’ve had some preliminary conversations with folks wondering what the future might look like. We’re happy to help facilitate that.”

The city is soliciting growth in other underdeveloped districts as well, including the West Broadway corridor, which was named by the state as an “opportunity zone,” opening it up to capital gains investments as part of the Tax Cuts and Jobs Act.

But the Midtown area remains high on the city’s radar given its traffic, the jobs it provides, its abundance of housing and its commercial activity. A plan for the Brooks Street Corridor is in place, and at least one mid-rise housing project is planned near Southgate Mall.

Engen said the area considered for master planning within the district has promise as well.

“We talk about opportunity for some residential density, more mixed use, and some use of land that might be more productive than it is today,” Engen said. “If there’s some possibilities for everyone to win, we want to consider that, and make sure those property owners have all the information they need to make good decisions about what they do.”

“When I have folks come to me looking for opportunities and we’re able to put together these collaborative planning process, we usually get a good product, and it gives people some sense of predictability, reliability and, in some cases, brand new ideas,” Engen said.

“Every day, either through our partners in economic development or our contacts in the business community, a lot of folks are very interested in the place we love called Missoula, Montana,” he said.