While some stores attempted to lure shoppers on Thanksgiving Day, most lined up at the door early Friday, hoping to claim anything from headphones to televisions.

Wheeler wasn’t alone in search of a new television at the national retailer on Reserve Street, where traffic was steady throughout the morning at Missoula’s row of box stores.

Jordan Waldo and his friends also looked to claim the same television.

“They either have a really good deal going on or they’re marketing it very well,” Waldo said. “We got our tickets so we don’t have to rush in the door.”

Waldo and his friends were new to Black Friday, the biggest shopping day of the year. An estimated 164 million Americans were expected to shop this weekend, with 71 percent of them heading out on Friday.

Discounts ranged from less than 20 percent to nearly 70 percent, according to a survey by WalletHub.

“(My friend) texted me this morning saying it wasn’t worth it, that Black Friday is a joke,” said Waldo. “Then he called me and said there was no line (at Best Buy) and told me to get up.”

The Missoula Downtown Association will establish its “Shop Small” headquarters on Saturday morning, showcasing a list of small business deals throughout the downtown district.

“Last year multiple merchants indicated they had more than doubled their previous Small Business Saturday sales,” Linda McCarthy, executive director of the Downtown Missoula Partnership. “This is a clear indicator to us that Missoula believes in supporting small, locally-owned businesses. When our small businesses succeed, the entire economic system of Missoula is strengthened.”

While most of that money – 41 percent – went to bars and restaurants, 24 percent was spent on clothing and accessories, 23 percent on local foods, and 22 percent at local coffee shops.

“It’s my pleasure to always support Montana small businesses in any way I can,” Daines said. “Whether that be through tax cuts or supporting the resolution recognizing this Saturday as Small Business Saturday, I’ll always work to give our small businesses the tools and flexibility they need to thrive.” 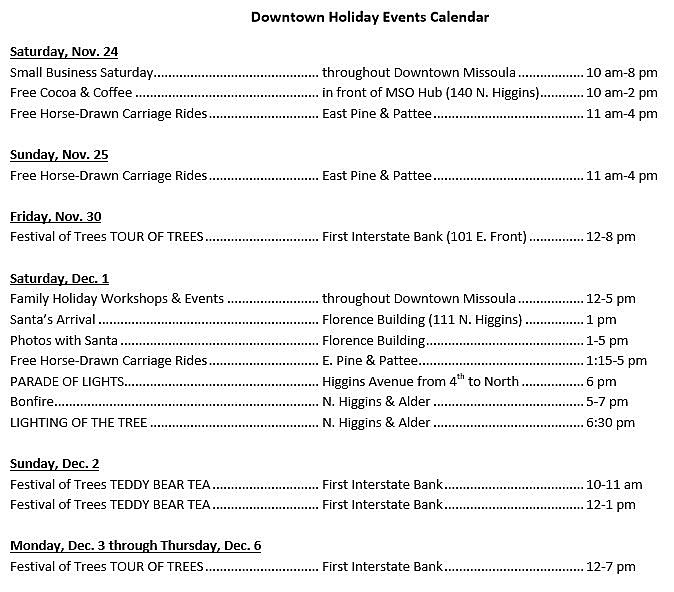 For more information, visit the Downtown Missoula Partnership by following this link.