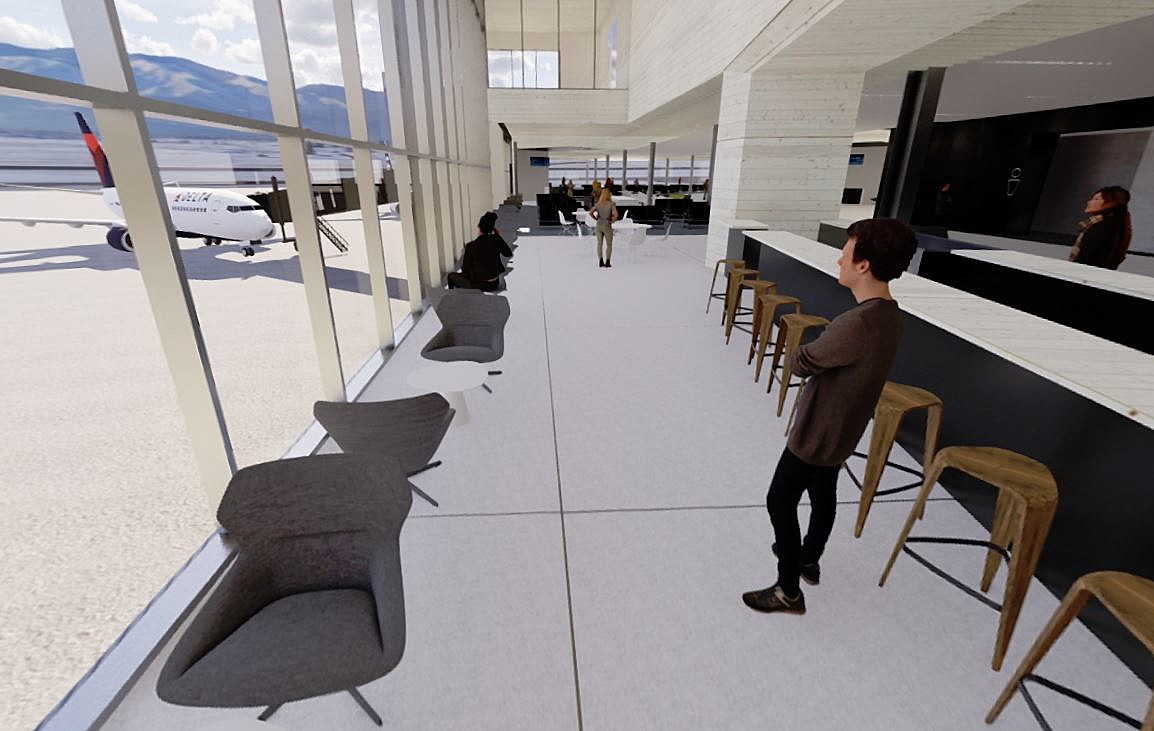 Seated in the basement of Missoula International Airport on Tuesday, architects with A&E offered tours of the new passenger terminal, though it won’t open for another few years.

In fact, demolition of the old terminal hasn’t even begun.

Those behind the design of the new facility, which is set to break ground next month, relied upon virtual reality to show off the new baggage claim, the concourse, the placement of the bar and restaurant, and a passenger’s view entering security.

For now, however, the dust and construction is playing out in real time.

“Phase one, the TSA relocation, is really complete,” said Tim Damrow, the airport’s projects manager. “They’ve been in their happy home for about a month now.”

Phase two of the new project is now underway, including demolition of the airport’s western third. The old wing will begin coming down next month followed by concrete work. It will take roughly two years to complete, all while maintaining current airport operations.

To make room for the work, airline ticketing counters are being relocated, along with security servers and the jet bridge associated with Allegiant Airlines.

“The biggest impact for us and for passengers for the next little bit is the relocation of boarding gate one,” said Damrow. “We picked up three of these ADA boarding ramps and we’ll have three positions off jet bridge one. They all have canopies and solar powered lights. There will be a lot more opportunities to park aircraft.”

The airport has spent the past three years planning for this point in the project. The challenges: keep the airport running at a record-setting pace while launching construction of the new terminal and slowly phasing out portions of the old one.

The airport set a new passenger record in 2018 for the fifth straight year, topping 850,000 travelers – up nearly 10 percent from the prior year. That’s expected to continue in 2019, even as terminal construction picks up momentum.

“The first half of 2019 is going to be a strong start, more than double-digit growth,” said Brian Ellestad, deputy airport director. “By the time the year flattens, it’ll be up close to 6 and 8 percent in more seats. It’ll be another record year we’re looking at.”

The configuration of the old terminal coupled with construction has limited the airport’s ability to grow and meet the increasing number of passengers. But the new terminal will open with four additional gates, bringing the airport’s total gates to eight with room for expansion.

“We really don’t have the ability to park more airplanes or bigger airplanes, or accommodate more customers,” airport director Cris Jensen said. “It proves we’re at the end of this old facility.”