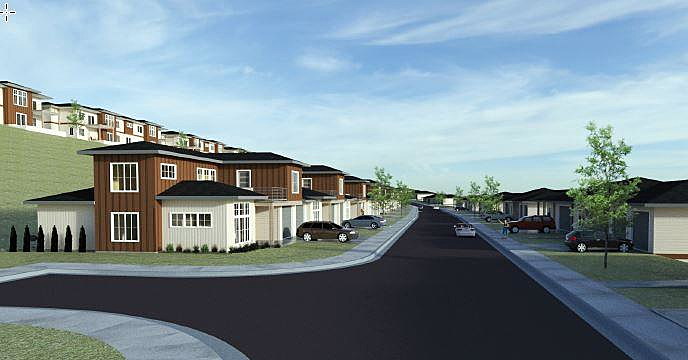 For the third time in two months, members of the City Council on Wednesday declined to move a proposed South Hills subdivision from committee, saying more discussion was needed.

While Development Services recommended the project for approval, the City Council sent it back to committee in December for more discussion. The Land Use and Planning Committee has since held multiple hours of hearings and testimony, including two additional hours on Wednesday.

Then it withheld a vote on the project, saying it needed more information.

“At this rate, it looks like we’re going to be here again next week,” said council member and committee chair John DiBari. “There is a relationship I wasn’t counting on between the geotechnical and stormwater aspects of this.”

While previous projects have been approved for the site, some remain opposed to the latest proposal. Council member Heidi West stated concern over the disruption of soil spores once the ground is excavated, and one resident urged the city to preserve a rock left by Glacial Lake Missoula.

Yet much of Wednesday’s hearing focused on geotechnical reports and stormwater runoff and retention. The latter remains a concern to some residents who live below the proposed project and are pushing to keep the development from moving forward.

“You people are being asked to make a decision about this development,” said resident Don Hendricks. “Ultimately, if you make the decision and say yes, you’re kind of involved.”

Represented by Territorial Landworks and proposed by Hillview Crossing LLC, the 25-acre project would include 24 attached townhomes resulting in 68 dwelling units.

Engineers representing the project have worked to answer the committee’s questions over the past few months, though some council members continued to question their findings.

Wednesday’s major concerns focused on how the project would sequence over time and whether geotechnical reports should apply to the entire project or a single structure.

Jason Rice of Territorial Landworks said similar projects have been engineered for hillsides in the past. Those behind the project have proved capable with their reports and plans to mitigate any concerns, he said.

“These guys are putting their reputation on the line for this project,” said Rice. “Time changes and conditions change, and they (the engineers) will be involved throughout the duration of the project. A lot of projects have been built on hills, and this is how these projects go down.”

The city has already placed two dozen conditions on the project, though additional regulations are expected as the committee works toward a decision.

West, who suggested that developers “test the compactedness of each site before laying the foundation,” also urged opponents to look closer at comments submitted by Missoula County Public Schools.

“I just want to ask everyone to read the comment from MCPS,” she said. “It is a considerable distance kids would have to walk from this development to actually reach a bus stop served by MCPS.”

While project representatives expressed frustration with the process and pace at which the committee was working, they agreed to return to next week’s hearing to answer more questions.

DiBari said he’d begin that meeting with the sequencing of events if the project were approved and the relationship between geotechnical and stormwater reports.

“That would factor into the relationship on when those reports would be most beneficial for us when making a decision on this,” he said. “We’re trying to be deliberate about this. I think we learned a lot today.”