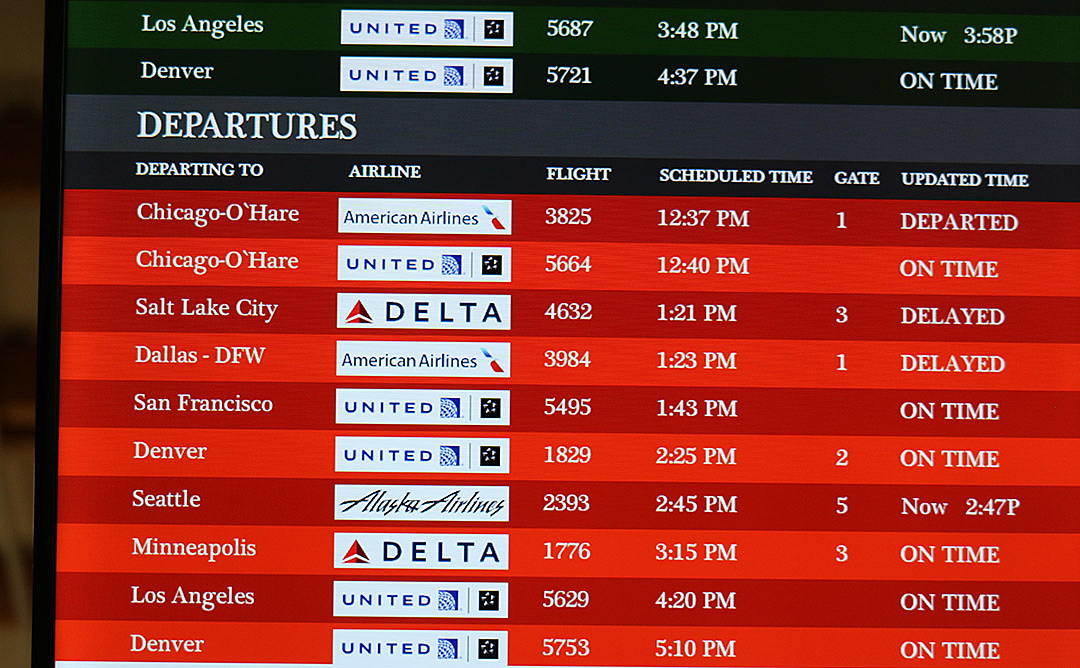 The increasing number of travel options out of Missoula International Airport resulted in a net reduction in local ticket prices in 2018, saving Missoula passengers roughly $2.8 million, according to U.S. Department of Transportation statistics.

Third quarter airfare data released this week shows a $40 drop in ticket prices from Missoula to Dallas/Fort Worth, served by American Airlines, and a $130 reduction in prices to Chicago, served by both American and United airlines.

“It’s an example of what bringing in more competition to the marketplace does,” said Brian Ellestad, deputy director of the Missoula airport. “What we really saw was a nice big fare savings not only in the South, but in the Midwest. There was a really big fare reduction in those two areas.”

The effort to ramp up air service by expanding the number of carriers and flights from Missoula has been years in the making.

A number of local businesses and community groups teamed up to establish the revenue guarantee used to court American, and efforts to create a permanent guarantee for future flight opportunities remains ongoing.

“The more competition you have, the lower airfare you get,” Ellestad said. “But you always need community partners. It’s always that use-it-or-lose-it concept. We want customers to use the service.”

David Bell, president and CEO of the ALPS Corp. in Missoula, has long advocated for increased service to and from Missoula, saying it’s needed to help local businesses compete with those based in larger, more centrally located markets.

“Being a Montana-headquartered company doing business in 47 states means ALPS typically has multiple employees flying in and out of Missoula each week,” Bell said. “Expensive airfare creates a challenge basing traveling staff in Missoula. Using the revenue guarantee to attract more airline competition, which lowers ticket prices, reduces that challenge.”

Along with driving down ticket prices, American’s entry into the market last June increased Missoula’s seat capacity by 26 percent. The airport set a new passenger record in 2018 for the fifth consecutive year.

While Missoula’s business community has benefited from increased service and lower fares, the city’s tourism industry has as well, according to Barb Neilan, executive director of Destination Missoula.

“The increased competition in the market has spurred existing airlines to bring in larger airplanes, increase the number of flights, and drop their fares,” she said. “All of this is great news not only for our visitors, but also for our Missoula citizens and businesses.”

While waiting for Sen. Steve Daines on Tuesday for a tour of the Missoula airport’s $111 million terminal project, Ellestad agreed that Montana’s growing tourism industry has played a role in the airport’s growing passenger count and its ability to land new flights.

The statistics released Tuesday were expected last month but were delayed by the federal government shutdown.

“A lot of people are discovering Montana,” Ellestad said. “That not only helps bring in tourists, but lowers airfare for locals and local businesses. ATG has created a lot of great traffic for us back and forth. There are a lot of great little companies that have decided to locate here in Missoula.”