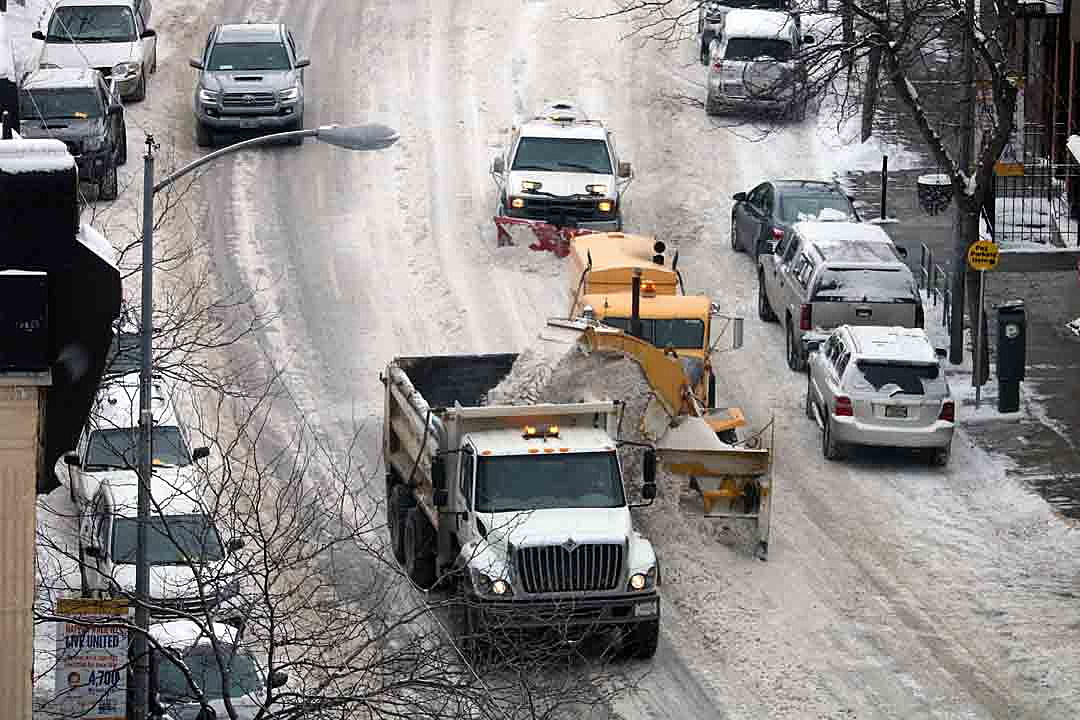 Editor’s note: This is the first in a three-day series on the local options sales tax as an alternative means of generating local government revenues while providing property tax relief.

When the snow began to fall last week over western Montana, plows spread across city streets and the far reaches of Missoula County, racing the storm to clear the roads.

Filling those plows with fuel and drivers costs money, as does the maintenance required to keep them running. Providing the same level of service next year will likely carry additional costs – bills that will be passed on to property owners, given the lack of revenue sources accessible to local governments.

“The amount of money we’ll generate from exactly the same rate of property tax won’t cover those cost increases,” said Missoula County Commissioner Josh Slotnick. “The only way that happens is if we actually increase the rate of property tax, which puts us in a terrible position.”

So goes the dilemma facing local governments. Do they raise taxes during the budgeting process to cover the increasing cost of providing basic services, or do they begin to reduce those services to keep taxes in check?

Larger cities and counties across the state have grown louder in recent years in their push to see a local options tax offered by the Legislature. But as in past years, a bill permitting local governments to implement an optional tax on certain items has already failed in the 2019 session, much to the chagrin of Missoula’s elected officials.

“This tax would specifically be used for property tax relief, and it would take some of the burden off property taxes,” Slotnick said. “The biggest problem we have with revenue is that we don’t have many tools. We’re kind of a one-tool outfit with property tax. Having some other tools to use to generate revenue would be helpful.”

The state’s current tax system is broken, elected officials believe, and property holders are bearing a heavy burden. While bonds passed by voters have certainly added to the cost of one’s tax bill, so too have the taxes levied by local governments.

Police calls for service in Missoula are up 28 percent since 2008, while calls to the fire department have increased 40 percent. The number of street miles have increased more than 7 percent over that time.

During last week’s snowstorm, the city and county had more than 35 plows out working the roads. Advocates of a local option tax would like to pass some of those costs on to visitors who also depend on the services.

“When you take into account that roughly 3 million folks visit Missoula every year, depending on how you structured the local options tax, that could mean $20 million,” said Missoula Mayor John Engen. “That’s real money, and it’s real money we could use to temper the property tax burden of our citizens.”

According to the city, those making less than $20,000 a year now see more than 5 percent of their income directed to property taxes. In Missoula, the top 25 percent of properties have seen their taxable values increase on average 40 percent over the last decade.

This year, the real estate tax bill on a median-priced Missoula home increased roughly $500. A local options tax, advocates contend, could help defray such increases by securing revenue from other sources.

“It’s why we advocate for this – it’s actual new money that comes into the city’s or the county’s coffers,” Engen said. “We’d use that to defray the property tax liability for folks. It’s got potential to be a real winner, and the frustration is, in places where it’s deployed like Whitefish, it’s an unmitigated success story.”

If Missoula County had a quarter-cent sales tax in 2016, it would have generated $5.6 million, according a report released last year by Garner Economics. A city survey conducted last year found that 65 percent of Missoula residents would support a tourism tax, so long as it went to property tax relief.

Ten Montana communities are currently permitted under state law to adopt a so-called resort tax or tourism tax, including Big Sky, West Yellowstone and Whitefish. One bill still alive in the Legislature would permit “gateway” counties to adopt a similar tax on retail items to pay for infrastructure.

While representatives of those counties have argued the merits of the bill, other counties that aren’t considered gateways under the current measure find it inherently unfair. As proposed, Gallatin and Park counties could adopt the tax on certain goods, for example, but Missoula County could not.

“It seems like we’re picking favorites here among folks who are all in the same boat,” said Engen. “I’m not sure why a gateway community would be able to ask voters this question when the city of Missoula, which is a gateway to a lot of places and a destination as well, can’t ask the same question.”

While the proposal to adopt a statewide options tax has already died, Engen and Slotnick said the lobbying efforts will continue with an eye on 2021.

“The city of Missoula and the League of Cities and Towns and its many members are continuing to work to help the Legislature understand what the opportunities are here, and find ways to help some folks who are skeptical about how a local option might work understand how it works.”

The state’s tourism industry is watching those efforts closely, including Destination Missoula. While the organization hasn’t lobbied for or against the latest measure, it has voiced its own concerns.

“The one thing that’s difficult is that it’s being put out there as a tourism tax,” said Barb Neilan, the organization’s executive director. “Yes, it will affect tourists who come in here, very definitely, but it will also affect residents. People don’t realize how much we as Montanans travel in our state.”

On the flipside, some note, residents in Whitefish pay the resort tax year-round while residents in Missoula don’t.

“The one thing I do want to see is if this ever goes through, then it would come down to the cities to decide how to use it,” Neilan said. “I want to make sure the voters are fully informed about the actual tax and who it will affect.”

Slotnick and Engen would like to pose that very question to Missoula voters.

“I don’t have the chance to make the case to voters who may or may not agree with me,” Engen said. “They don’t have the opportunity to say ‘yea’ or ‘nay,’ and I wish they did.”