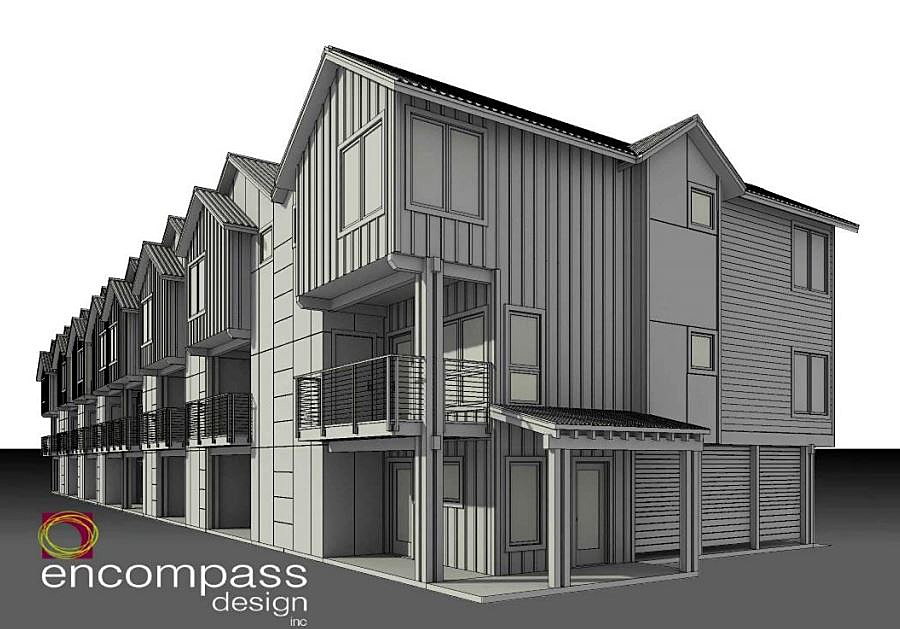 A local developer’s plans to build eight townhomes off South Catlin Street and the Milwaukee Trail was approved for $122,000 in tax increment financing on Thursday by the Missoula Redevelopment Agency’s board of commissioners.

The funding will help Edgell Building clear the site of several manufactured homes dating back to the 1970s and bring utilities to the property.

“There are still reasons to encourage development in this area,” said Chris Behan, assistant director of the Missoula Redevelopment Agency. “There’s still blight, but this is a marker of what’s happening in Urban Renewal District II.”

The 27,000-square-foot parcel is currently occupied by older housing, including a duplex and several manufactured homes in deteriorating condition. All the units are unoccupied.

The developer plans to remove the structures and replace them with eight connected townhomes. Each unit will include roughly 1,900 square feet and list at around $325,000, slightly above Missoula’s current media price.

“This also meets a community need with median price, or close to it,” said Ruth Reineking, a member of the MRA board. “There’s a huge need for that in the community, so I appreciate this project for that.”

The project carries a total cost of around $2.2 million. While the property’s zoning permits 15 residential units per acre, Edgell plans to place just eight units on the site to retain green space.

“This is going to be a really nice project,” said Chris Edgell. “We wanted the views, everybody to have a front yard facing south. We went to this design so families could spread out a little bit and not be on top of each other.”