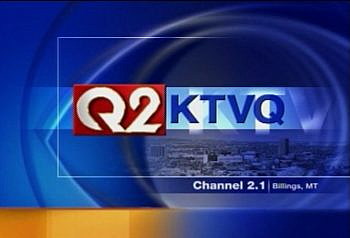 Cordillera Communications, owner of the Montana Television Network, named Justin Martin as the new general manager of KTVQ-TV in Billings this week.

Martin has been with Cordillera for four years and most recently served as the company’s regional digital director in Montana.

The appointment was announced by the company in a statement issued on Tuesday.

“I am very excited to continue at Cordillera in this new role and shift my focus to KVTQ,” Martin said. “Billings and southeast Montana have been my home for over a decade, and I am thrilled to be able to continue my work here.”

Cordillera owns KPAX in Missoula and KAJ in Kalispell, along with stations in Great Falls, Bozeman, Butte and Helena.

Prior to his role regional digital director, Martin served as the company’s director digital sales in Montana. He also has held management roles at Business Sector Media in Colorado and at Watershed Publishing in Vermont.

“In each of his roles with us, Justin has been an exceptional leader,” said Terry Hurley, Cordillera’s communication’s president. “He possesses the skills and experience necessary to excel as a general manager, and I am entirely confident that he will add to the incredible legacy of KTVQ.”