Trevor Messinger, president and CEO with Coca-Cola Bottling Co. High Country, said the 69,000-square-foot facility is slated to open next spring, allowing the business to vacate its plant on Third Street.

The new facility, set for construction by Jackson Contracting Group, nearly doubles the space offered by the old plant and includes easier access for delivery trucks. Interstate 90 sits within easy reach, and the location is zoned for light industrial uses.

That eliminates the conflicts encountered by the old facility, which now finds itself surrounded by growing residential development. The new location should eliminate that conflict, Messinger said.

“That location was good for a long time, but as it has built up around it, we think that location will serve the community better with something different than we are now,” he said. “We like the fact that it’s industrial out here. We don’t think we’ll be competing with residential at any point, or having residential grow around us.”

The location also offers easy access to the interstate and simplifies High Country’s distribution to the Kalispell region. As public demand has evolved, so too have the products carried by the plant, which now bottle around 600 items, Messinger said.

“As the beverage business expands and changes and consumer tastes expand and change, we’re carrying a lot more products than we used to,” he said. “We need that space to expand as a beverage company and carry the things that consumers want.”

The new facility represents a multimillion dollar investment in the community, something that won praise from local business leaders. The plant itself will employ around 55 people.

Grant Kier, president and CEO of the Missoula Economic Partnership, said the county’s development park was the right fit for the business.

“While High Country’s former site served the Coca-Cola Company for 50 years, we’re thrilled to see them investing here as a hub of commerce,” Kier said. “It’ll be safer for drivers and employees, more energy efficient, and it’s going to improve operations for this company.”

Missoula County established the development park in the early 2000s and, by applying tax increment financing to aid in placing the infrastructure, it has watched the park fill over the past 15 years.

The lot secured by Coca-Cola remains one of the largest and last undeveloped parcels in the development. High Country will occupy one of the five lots on the 18-acre site. Tenants for the remaining four lots haven’t been announced.

“We’ve sold a lot of the lots, but a lot of the lots haven’t been built on,” said Missoula County Commissioner Cola Rowley. “It’s great to see projects get on the ground, get built and get going. We’re happy to have been able to support it.” 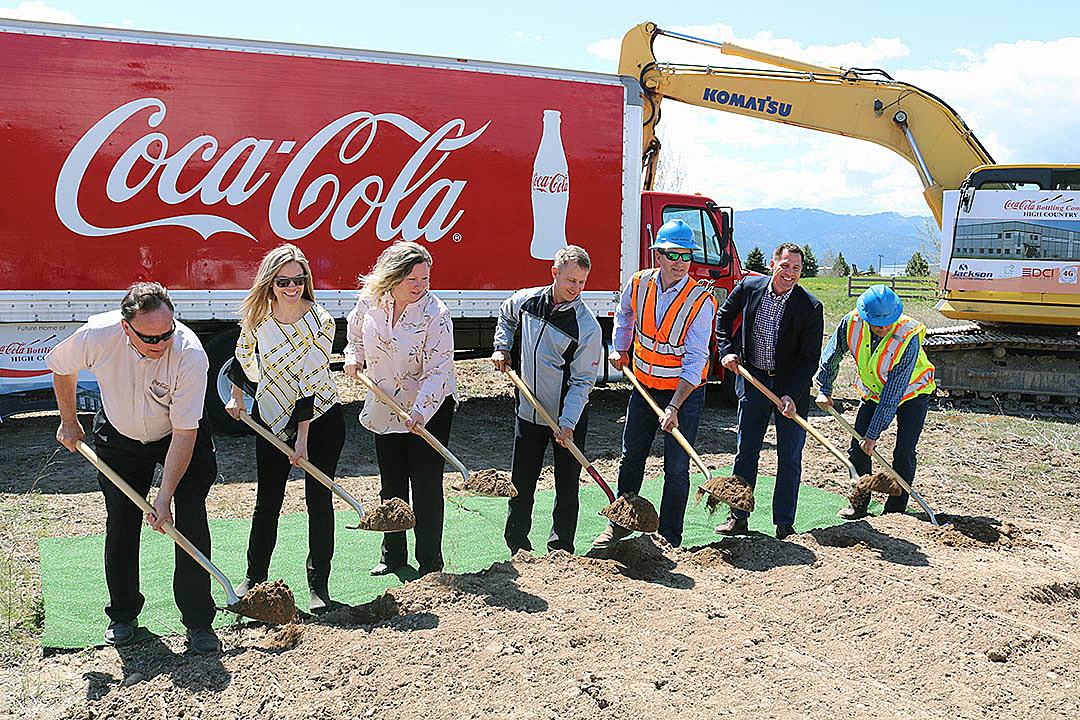 Missoula County contributed roughly $600,000 acres in tax increment to place the infrastructure within the 18-acre lot. The county currently receives just $10,300 in taxes off the bare land, though the new bottling plant will boost that to around $169,000.

The other four lots will add to that amount once developed.

The old bottling plant on Third Street is expected to hit the real estate market and change ownership. The property’s future use will likely be determined by its new owner.