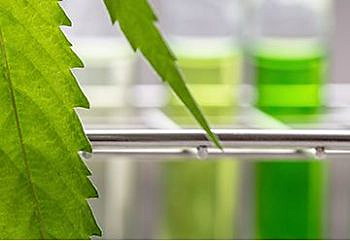 A Missoula manufacturing facility and its team of chemists and engineers will play a central role in the Socati Corp.’s push to capture the nascent hemp industry by producing a line of extracts under an acquisition announced on Wednesday.

Josh Epstein, CEO of the Socati Corp., said the acquisition of Blue Marble Biomaterials will enable the company to lead growth in the hemp industry through manufacturing and product development while ensuring purity and consistency.

“We’re pleased to have found such an optimal facility and talented team to enable this growth and to expand our footprint to Montana – a state that has embraced the potential of the hemp industry for consumers and businesses,” said Epstein.

Under the deal, Socati will acquire Blue Marble’s 22,000-square-foot manufacturing facility and laboratory near the airport development park, where it plans to produce hemp oils and extracts.

Blue Marble’s team of chemists, biologists and engineers will also join Socati, including former CEO James Stephens, who is now the general manager of Socati Montana.

“We met Socati five months ago and saw how awesome their technology was and what they were working on,” Stephens told the Missoula Current. “We realized we had parallel paths and we’d be much stronger together and be able to accomplish what we want to accomplish in the industrial hemp industry as one unit.”

Stephens said the Missoula plant will grow from 11 to 40 employees this year. Once an expansion is completed, the facility will feature a mass-scale manufacturing process that can handle 10 tons of hemp feed stock per day.

The testing lab will be equipped with advanced equipment to ensure purity and quality while confirming that THC remains below detectable levels, Stephens said.

“There’s going to be a lot of investment going to Missoula and the community,” Stephens said. “Montana is already a leader in industrial hemp production and this is going to continue to cement our lead.”

According to Socati, the industry is expected to grow to $22 billion by 2020. The 2018 Farm Bill moved the regulation of hemp from the DEA to the USDA. Sen. Jon Tester last month pushed the latter agency to make it easier for Montana farmers to buy hemp seeds from Canada.

Stephens said Socati Montana will buy biomass from a range of growers, including Montana and Oregon. He said the state is well positioned to be a leader in the evolving hemp industry.

“Montana is already on schedule to be the No. 1 producer of hemp in the U.S. in 2019, even without us,” Stephens said. “It will strengthen the infrastructure and ecosystem in Montana and keep us a leader in hemp.”

Blue Marble Biomaterials was founded in 2007 and grew to specialize in extraction, fermentation, and natural product development. In the past, its products have included items for the flavor, fragrance, food and personal care industries.

“We’re excited that this transition will enable an important local bioscience manufacturing company to create high wage employment opportunities for Missoulians, and allow the current Missoula team to continue their tradition of leadership in our community,” Grant Kier, CEO of Missoula Economic Partnership, said on Wednesday’s announcement.