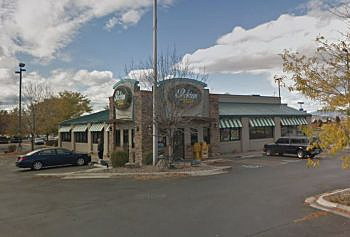 While patrons of Missoula’s old Perkins restaurant on North Reserve said goodbye to the mainstay diner, fans of beer on tap and fine pub fare close to home may be pleased with a developer’s plans for the property.

Jessie Eagen of Eagen Real Estate closed Monday on the property’s sale to Club Properties. The firm, owned Missoula natives Bob Powell and Nick Alonzo, who own the Montana Club line of restaurants, have plans to convert Perkins into a neighborhood taproom.

They’re calling it the Tap Club.

“It’s going to be an upscale taproom,” said Powell. “It’ll have upscale pub fare with a gourmet burger line, good sandwiches and lots of good appetizers. We’ll have 36 beers on tap and feature all the most popular Montana microbrews. There will be lots of TVs, great sound and a very fun, friendly atmosphere.”

Perkins owner Ken Sanders announced in June his plans to close the restaurant after 22 years. Eagan worked with Sanders to find the new buyers without placing the property on the wider market.

Eagen believes the Tap Club addition to North Reserve will be a popular stop among nearby residents and those heading home after a day’s work. The west side of Missoula stands among the fastest growing districts of Missoula.

“I’m pretty excited about it because I live over in that area,” Eagen said. “Mullan Station used to be packed after 5 p.m. I don’t know why, but after Town Pump bought it, that local content dissipated. I see it ramping up again right there. There’s really no place to go and get a beer on that side of town right there on North Reserve, as far as your neighborhood pub.”

Powell said the building’s condition and its location on North Reserve attracted their interest. The project won’t require a full demolition and the kitchen is in good order.

They plan to renovate the property and hope to open within nine months.

“The location in our opinion is about as good as it gets for what we do and what we’re conceiving for that spot,” said Powell. “That part of Reserve Street is underserved in terms of the concept we envision. The building is sound and well built, and there’s a lot of value in that building with the existing conditions.”

Eagen is also brokering a real estate deal in downtown Missoula, where Worden’s and the Old Post are listed for roughly $3.9 million. The properties hit the market in May and Eagen said interest is high.

“I’ve talked to probably 50 to 75 developers between Missoula, Bozeman, Billings, Boise, Spokane, Portland and Seattle about coming here and doing some sort of project,” Eagen said. “There’s a couple dozen people who have looked at it. There’s maybe two or three who are serious, but it’s still for sale.”