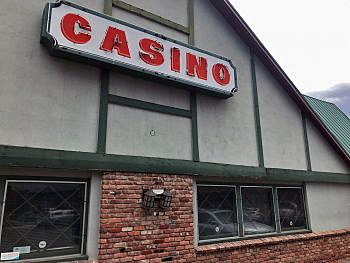 The Missoula Redevelopment Agency’s board of commissioners on Thursday approved the Woodbury Corp.’s request for $78,000 in tax increment financing to raze an old casino and construct a new retail outlet in the South Crossing development.

The A-frame structure, once an International House of Pancakes and more recently the Best Bet Casino, represents the last relic from the old Kmart property. Woodbury plans to replace the structure with a retail store housing AT&T.

Woodbury representative Kraig Erickson said his firm intended to complete the project earlier as part of the larger South Crossing development, a move that would have reduced the cost. But a tenant lease prevented it, he said.

“They still have a term on their lease, but we’ve come to resolution on that, and now we’re ready to move forward,” he said. “To spend this kind of money on a 3,000-square-foot building is tough, but it is what it is. We’ve got to get rid of the A-frame, otherwise we’re not going to be able to lease anything.”

While the project won TIF assistance from MRA to make improvements in the public right of way, it also received scrutiny under the city’s new design excellence standards.

Annette Marchesseault of MRA said Woodbury has agreed to the design changes, even though the project was permitted before the city implemented its standards.

The project, which anchors the corner of Brooks Street and Dore Lane, was proposed with a blank wall fronting the highway corridor. Design excellence now requires a certain percentage of glazing, or windows, which the project didn’t include.

However, Woodbury has altered its design to meet the city’s new standards.

“I like the look of it,” said Erickson. “It looks quite nice.”