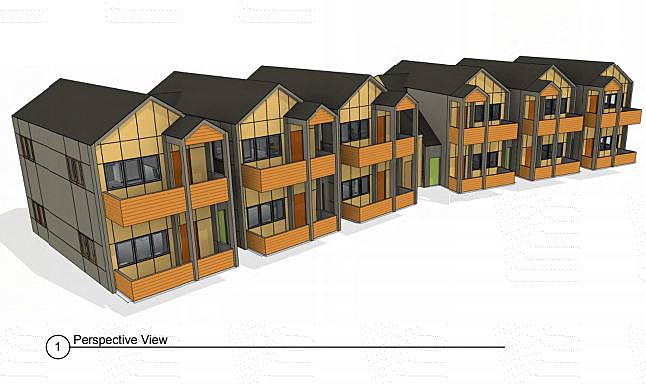 As part of the city’s 10-year plan to end homelessness, the Missoula Housing Authority will open the 12-unit Cornerstone Apartments in the fall of 2020 for “critically needy” residents.

MacArthur, Means and Wells Architects and the Missoula Plans Exchange are taking project bids, which are due Oct. 3.

“These will serve literally homeless individuals who are prioritized by the committee as being the most critically needy,” said Lori Davidson, MHA executive director. “It will be permanent supportive housing.”

Missoula has among the highest homeless rates in the state, according to 2019 Census data, so demand for safe, affordable housing is high.

Compared to the rest of Montana, Missoula had 27 percent of all homeless people and 36 percent of the chronically homeless – those who have been homeless the longest and the highest number of times, according to Jim McGrath, HUD programs director at MHA.

Cornerstone, which will be built at 2830 Great Northern Loop off Mullan Road, will provide one-bedroom apartments, each with a private balcony or patio.

Qualifying residents will be referred through the city’s Coordinated Entry System and employ a “housing first” model, based on the recognition that safe, decent and affordable homes are the foundation for greater self-determination, Davidson said.

It’s one of several new housing projects for homeless and low-income residents now in the works.

“Housing first embraces the idea that people participating in a permanent supportive housing program should be given housing even if they are struggling with issues of chemical dependency, mental illness and/or other barriers to housing that might render them ineligible under more traditional models of housing,” she said.

The Missoula Coordinated Entry System, part of the planning committee, will refer tenants.

“Since the residents will have rental assistance vouchers, they will pay 30 percent of their income, which will vary by individual,” she added.

“Tenants are guaranteed that their housing cost will be affordable since they only pay 30 percent of whatever their income is,” said McGrath. “But the full rent always gets paid.”

The MHA’s Family Self-Sufficiency coordinators and the Coordinated Entry System will provide support.

The housing authority placed the project’s cost at roughly $2 million.