What lies beneath: City to assist with renovation of “discovered” historic building 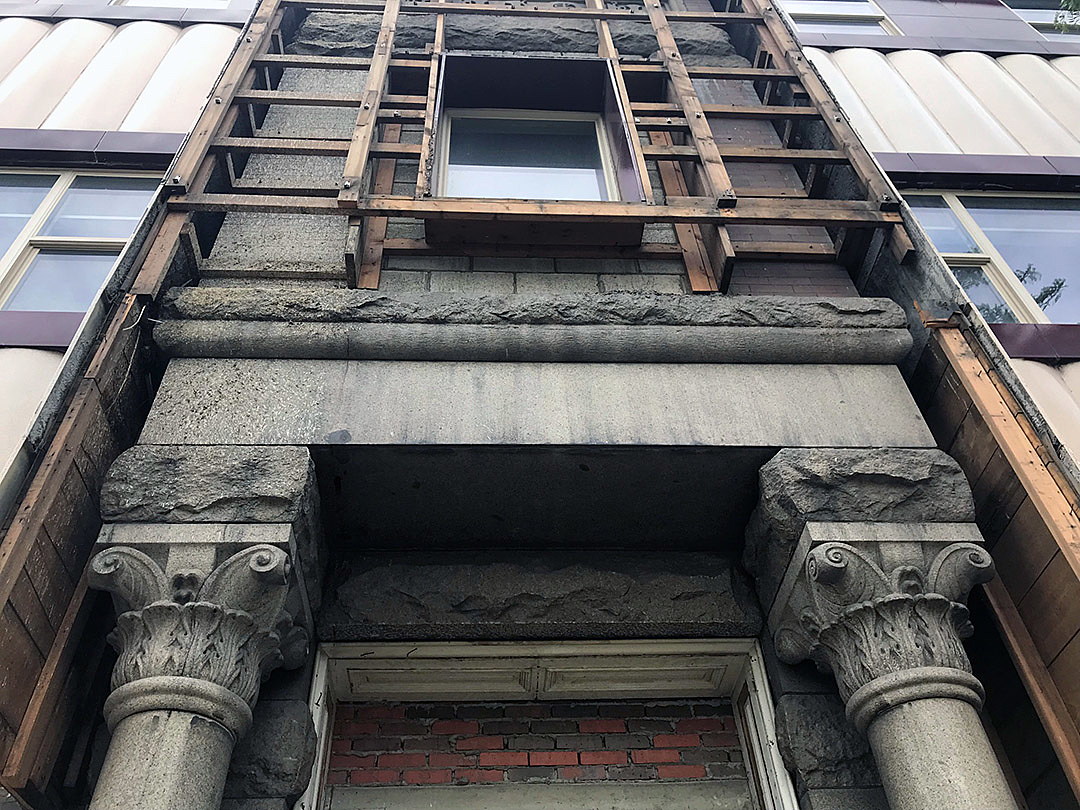 Calling it a hidden treasure, the Missoula Redevelopment Agency on Thursday agreed to free up funding to assist the restoration of a historic downtown facade, one hidden under steel siding for as long as anyone can remember.

Radio Central LLC purchased the property two years ago and began renovating the interior as new office space. During the work, the owners made an accidental discovery.

“When they were working on the exterior, they found there was another building underneath it,” said Chris Behan, assistant MRA director. “It was built in the late 1800s. It’s a classic building in the Victorian style and covered up sometime since then with large metal plates.”

The building, located at 127 E. Main St. and otherwise known as the Union Block, is set to undergo a vintage restoration at a cost of roughly $4 million.

Seeing the value in the building’s architectural history, and having aided historic renovations of the Wilma and the Pharmacy at the former Mercantile, MRA’s board of commissioners approved roughly $579,000 in tax increment to help the project along.

“Hidden underneath that (steel siding) is this treasure nobody knew was even there, and it’s maybe one of the last big treasures in downtown Missoula,” Behan said.

“It looks like, from all the testing that’s been done, that the facade is recoverable. Some of the windows were actually made smaller and buried between the inside and the new outside walls.”

During recent work, crews revealed a number of hidden surprises, including vintage candy wrappers, an old Quaker Oil sign and wallpaper pasted up through more than a century of use and reuse.

Old city maps show the building as “being built” in the late 1800s. Many of the properties on that edge of the city were still vacant at the time or contained smaller structures, according to the maps. By 1893, however, maps identify the building as the Union Block, and early renderings reveal Victorian architecture similar to the Higgins Block on the corner of Front and Higgins streets.

The architecture in the Union Block depicts the pride of a still-young Missoula with a peaked turret, gabled windows, a parapet, and hand-carved granite blocks. The structure’s original name is engraved in granite midway up the structure’s facade.

“This is probably one of the prettiest buildings downtown,” David Gray of DVG Architecture and Planning said this summer. “We’ve found something. It’s a real treasure.”

The structure sits in an evolving stretch of downtown Missoula. Next door, a new six-story hotel is under construction. Nearby, a new brew pub recently opened, and developers will begin renovating a dated hotel into a new structure by adding an additional floor and retail on the ground floor.

Just down the street, a new public library is under construction.

“Creating something like this will generate even more interest in the area around there, maybe so much so that Century Link will do something with the exterior of its building,” said Behan. “Hopefully this will renew interest in additional historical renovations downtown.”

The Historic Preservation Office and the city preservation commission support the project.