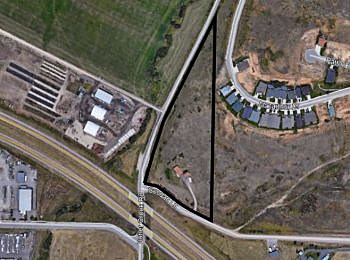 The Missoula Consolidated Planning Board on Tuesday approved a zoning change permitting a local business to build and open a brewery near Butler Creek Road and Gordon Lane west of the city.

The zoning change must win the approval of Missoula County commissioners.

Derek Hockenbrough of MT Suds LLC requested the change ahead of a project he’s calling the Other World brewery. The project would also include a cherry orchard on roughly six acres north of Interstate 90.

“We want to make delicious, unique beers, but we want to do so much more,” said Hockenbrough. “We plan on making Other World a place to form a thriving community. Breweries truly have a unique ability to bring people together from all walks of life.”

The property is currently unzoned, though the proposed MT Suds Special Zoning District would allow for a mix of uses, including residential and small-scale commercial. The developer would connect to public sewer and water, though the parcel must be zoned to do so.

“We felt this was in compliance with the land use map that was just updated, based on the density they’re proposing, as well as the smaller scale commercial uses,” said county planner Jamie Erbacher.

The proposed project won mixed reviews from those in the area. Some welcomed the project as an improvement to the parcel’s current use, though others opposed it, saying it sits too close to DeSmet Public School.

“We’re going to put a brewery in the middle of a residential district,” he said. “I have to tell you how horrible, god awful – I want to spit tacks I’m so angry at this. We’re creating unsafe travel for the students. We’re going to be increasing the amount of alcohol served in my school district. We’re sending the wrong message.”

But Hockenbrough said the brewery would build community and, with the orchard, it could be the first farmhouse brewery in the state.

“We’re called Other World because we plan on connecting all our beer to ancient legends and myths throughout the world,” he said. “Missoula is the hub of culture in Montana, and I believe we can be a great addition to this. It’d like to spread the art of storytelling.”