With the pieces now in place, the developer behind a $100 million hotel and events center in downtown Missoula anticipates the project to employ over 100 people, with wages ranging from $15 an hour to six figures.

And that’s just the hotel’s restaurants and event center staff, according to Nick Checota, owner of Clark Fork Riverfront Properties.

“I’m still working through those numbers for the hotel, but just speaking from the restaurant and venue side, you’re looking at over 100 employees,” Checota said. “During an event, you’re looking at something like 100 staff needed to put that on, with earnings ranging across the board, anywhere from $100,000 annual income to $15 hourly income.”

“You’re going to see more wood, more natural materials,” he said of the project’s design. “We want it to have a Missoula feel and relate to the river and the natural surroundings in which it sits, and the park space that’s going to be in front of it. Those are all design drivers for us.”

Missoula Mayor John Engen sees the project as a game-changer for downtown Missoula, which has enjoyed a wave of job growth and redevelopment over the past few years. 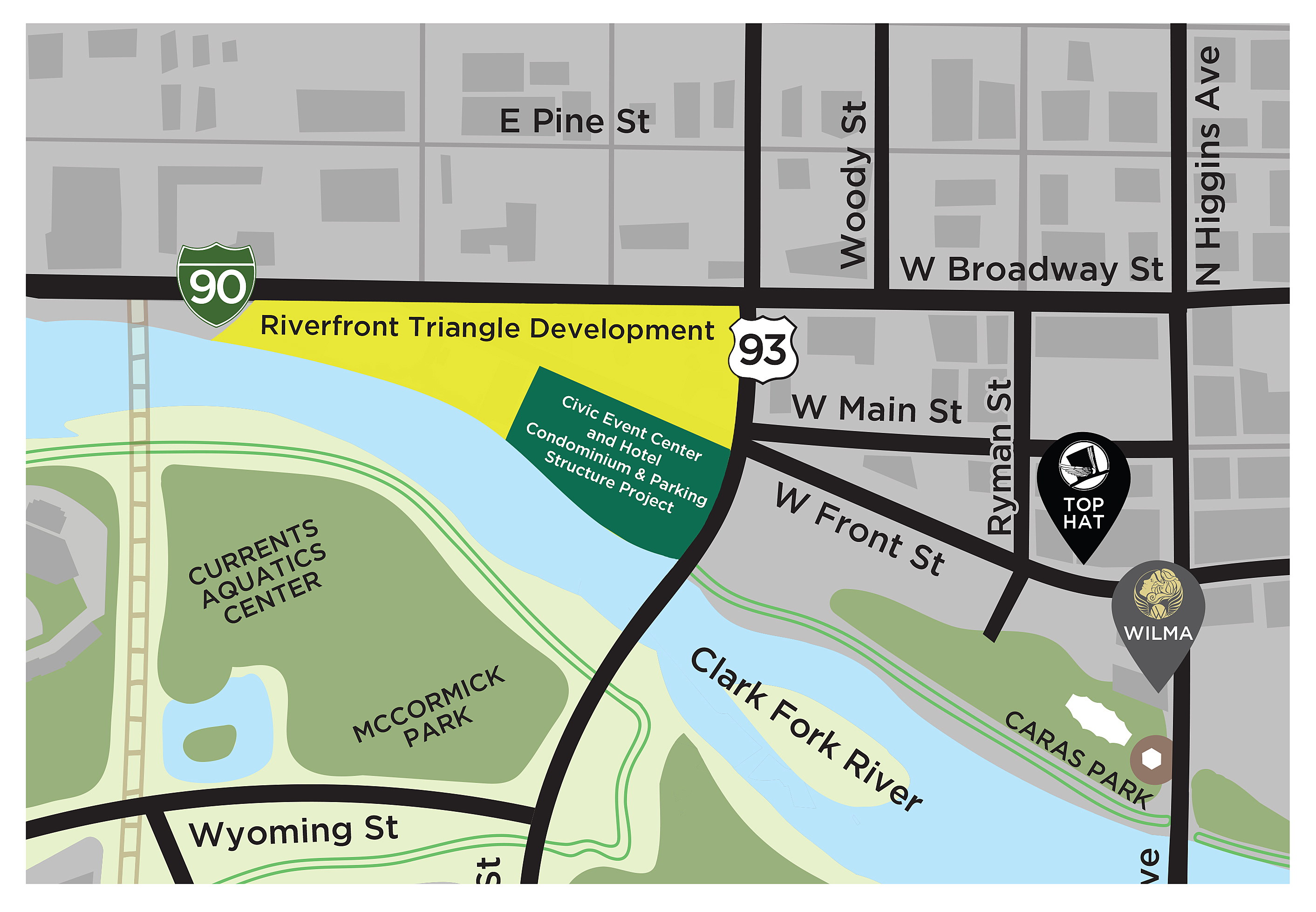 The Fox hotel and events center will continue that trend, setting the stage for growth in the downtown district. The project has been widely embraced by the wider community, and Engen is happy to see the prime corner develop after languishing for years as an empty parking lot.

“I have come to this job as somebody who likes change, embraces change and tries to make change,” Engen said. “We acknowledge pain, but eventually majority rules and we move forward. We had an extensive downtown master planning process that called for this type of development. We’re seeing that planning process manifest today.”

The project will be the first of several downtown developments that will embrace the waterfront. That’s a change from the past, when projects “turned their back” on the river.

The hotel will also take place alongside a parallel development on adjacent property. Members of the Farran Group signed over their development rights for the hotel site in order to focus on housing, office and commercial development next door.

“This is going to allow the Farran Group to focus on housing, which is their forte, along with commercial development and retail,” said Ellen Buchanan, executive director of MRA.

The property in total encompasses roughly seven blighted acres, and the Farran Group will work to redevelop five of them. The group, based in Missoula, has developed a master plan over the past few years that envisions a mix of housing types and prices, along with office, parking and commercial offerings on the property.

While the details aren’t yet final, Buchanan said housing will likely cover a variety of price points.

“The riverfront stuff will likely be a little on the higher end, but on Orange Street, you have the possibility of seeing workforce housing and housing for folks who work in the (hotel) complex,” she said. “We’ve got the opportunity to see significant office space developed, which is an employment center for people who want to live there.”