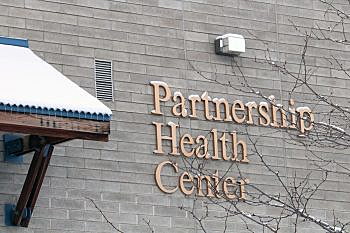 Missoula County joined a growing list of civic partners Tuesday in funding Partnership Health Center’s push to establish a health clinic at the Missoula Food Bank, where it expects to reach a number of new patients.

The $100,000 grant, awarded from the county’s Community Assistance Fund, will help Partnership establish the satellite clinic, which will open early next year. It will include a number of services, from health care to WIC, or Women, Infants and Children.

“That money will be used to help get the food bank project up and going,” said Laurie Francis, director at Partnership Health. “In the first six months of operation, which will start in January, we’ll subsidize that program to the tune of $220,000, so this $100,000 will go toward getting medical and behavioral in there.”

Missoula Mayor John Engen described the contribution as an “elegant way … to participate in expanding access to health care.”

Partnership Health will subsidize the clinic’s operation in future years through grants, patient billing and support from local government, Francis said. It’s also looking to place its WIC program at the facility as an added service for clients.

“I’m working with public health on getting WIC co-located there with us,” said Francis. “In future years, PHC will be subsidizing that to the tune of $130,000 a year.”

Francis and Aaron Brock, executive director of the Food Bank, have described the partnership as a good fit, one that’s been in the works now for nearly a year.

Partnership is looking to increase the population it reaches across the community. Those behind the program believe the food bank’s 26,000 unique clients will help boost Partnership’s reach, which currently stands at roughly 32% of illegible patients.

The addition of other services will also create a one-stop shop, from food support to social programs.

“Our WIC has been at the food bank the last couple of years, one day a week,” said Sara Heineman, a nurse at Partnership. “We’re excited about the partnership coming and connecting with more WIC eligible clients.”

Francis said the clinic should be open by March.

“We have the staff already hired for that,” she said. “They’re working at the Creamery (building) now, so we’ll shift them over.”