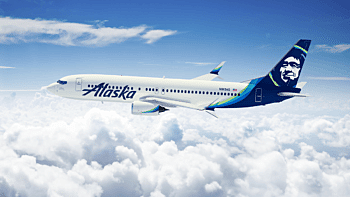 Passengers who frequently fly the route have requested mainline jet service for years. The carrier will make the transition starting May 21 on flights departing Missoula at 6 a.m. and again at 2:50 p.m.

“We’re thankful for the airline’s commitment to our community and appreciate the investment they have made to serve the transportation needs of our region,” airport director Cris Jensen said Monday in a statement announcing the transition.

The two flights will move from the Q400 turboprop to an Airbus. Three other flights provided by the carrier will retain the Q400, including two to Seattle and one daily flight to Portland.

Alaska Airlines announced in August that it will also launch daily nonstop service from Missoula to Los Angeles starting next March. That flight will be provided on an Embraer 175 – a jet that seats roughly 76 passengers. It will leave Missoula at 7 p.m. and arrive in LA at 8:59 p.m.

The transition is one of several anticipated changes or additions in air service planned at the Missoula airport. Jensen said last week that additional fights could be on tap next year.

Assistant airport director Brian Ellestad also said that air service advocates could seek another revenue guarantee or air service grant to fulfill another route. The last effort brought American Airlines to the Missoula market with daily year-round service to Dallas/Fort Worth and seasonal service to Chicago.

“We’ve been talking with the community about what’s next, and San Francisco and Chicago keep bubbling to the top as far as what the community wants,” Ellestad said. “We’re going to keep talking with MEP and Destination Missoula to see if we should apply for another one. I don’t know that we’d be ready this next year, but I’d think in 2021 we’d want to apply for another grant.”