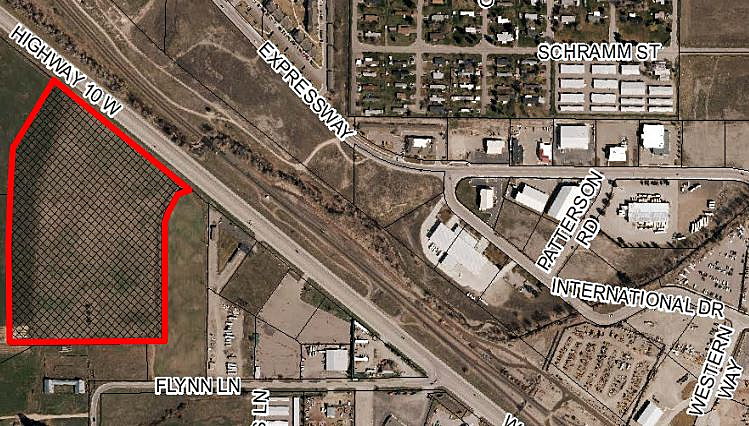 The Missoula City Council on Monday agreed to annex a parcel of property off West Broadway ahead of two large commercial projects, including a new Summit Beverage distribution facility and a regional Veterans Affairs clinic.

The new VA healthcare clinic is expected to occupy the property’s northern piece with groundbreaking expected next year. Summit Beverage will build a new facility and leave its old location off Great Northern Avenue.

It will also be the first project to break ground on the site.

“It’s the first and primary reason this project is occurring,” said Jason Rice of Territorial Landworks. “On top of that, it will allow the VA clinic to be constructed on the north end of the parcel.”

With Monday night’s approval, the property will be annexed into the city and rezoned as community commercial.

Approval comes with 12 conditions of approval, including right-of-way dedication to accommodate the future extension of Mary Jane Boulevard and a signal or roundabout planned for the Broadway intersection.

In partnership with the city, Missoula County this year received a $13 million federal grant to make transportation improvements in the area, but work associated with the grant is still years off. Many of Monday night’s conditions require the developer to set the groundwork for future growth.

Neither the city nor the county has specified exactly what improvements the grant will fund.

“The BUILD grant funds may not come to us until the summer of 2021,” said Troy Manroe, the city’s assistant engineer. “A certain amount of design has to be done in the next calendar year, and all the funds have to be used by 2026.”

The 20-acre property, owned by Dougherty Five LLC, anchors the corner of West Broadway and Mary Jane Boulevard. The later was identified years ago as a key north-south corridor between Broadway and Mullan Road.

Pat Collins, a veteran who receives care at the existing VA clinic on Mullan Road, urged the city to conduct a speed study on West Broadway as part of the development, and as other projects move to the area.

“It sounds to me this proposal is going to turn into a regional (VA) clinic,” said Collins. “That’s a 55 mile per hour zone out there right now. That’s going to be problematic unless part of the proposal here is to look at the control devices proposed and where they’re located, but also the speed limits in there.”

The City Council approved the annexation and rezone on a unanimous 10-0 vote.

“This is going to be an area with some change coming with the BUILD grant moving forward,” said council member Jordan Hess. “We’ll have the opportunity to improve connectivity and circulation in the area.”