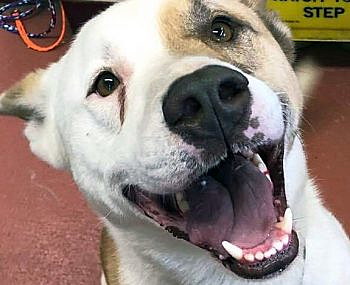 Citing a lack of room for both animals and the employees who care for them, the Missoula Animal Control Shelter has embarked on a plan to expand its facility and bring conditions up to modern standards.

On Tuesday, Missoula County commissioners gave the proposal a green light by approving up to $38,000 to contract OZ Architects, which will be charged with designing the expanded shelter.

“We’re at capacity about 6 months of the year, which means we’re full and don’t have more room for the critters,” said Jeffery Darrah, the county’s animal control supervisor. “We just don’t have any room.”

While the process is still in its infancy, Shannon Therriault of the City-County Health Department said the plan looks to expand the shelter, creating more room for employees, animals and veterinary care.

She said conditions are challenging in the dated shelter.

“People really are working on top of each other,” she said. “There’s just not enough space for the people who are there.”

The shelter was built in 1992 and the region’s population has grown since then. With that growth, the shelter has added one animal control officer and a shelter attendant, though it hasn’t created more space along the way.

Along with the human population, the animal population also has increased. When the shelter was built in 1992, it included the same capacity for dogs as the shelter it replaced.

“It was built with the idea that we’d be able to expand some day,” Therriault said. “We’re just at that point where Missoulians have a lot of animals, so we deal with a lot of animals at our shelter, so we have to have the capacity for that.”

While the dogs need more room, the cats held at the shelter need better conditions. The shelter has been forced to close its cat room several times over the winter due to respiratory illness.

“We’re not up to the standards of how cats would be housed, so we want to improve that,” said Therriault. “The other thing we’d hope to improve is having the animals that can and are available for adoption be separated from those being held for welfare. We want to make it clear to the public which animals are available.”

With approval to begin the design work, the shelter could include a new wing, though it wouldn’t quite double current capacity. The current shelter can house just 24 dogs on the main kennel floor, along with four in quarantine and two in isolation. It can house 36 cats.

Last year the shelter had more than 1,400 animals.

Therriault said the county will work with OZ Architects over the spring and summer on designs and explore fundraising options for construction. An expanded shelter could still be years away.

“We also want to expand the vet room we have so we can safety and better handle animals we’re doing spay-neuter, or vaccination clinics on,” Therriault said. “It won’t quite double capacity but it will definitely expand it.”