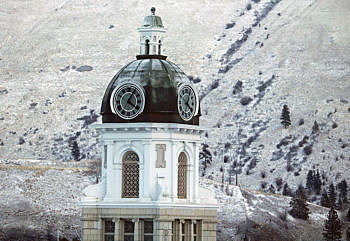 Missoula County on Tuesday promoted its director of technology to chief information officer, a new position created to protect the county’s digital assets in the modern age.

Jason Emery will fill the position for a three-year term.

“We have to think about security,” Commissioner Josh Slotnick told the Missoula Current. “Looking at what has happened with other municipalities, cyber security is paramount in small governments and large governments. Because technology permeates everything we do, we’re really vulnerable.”

Malware also slowed or stopped a number of county websites while others were brought to a standstill with ransomware demands. La Porte County, Indiana, ended up paying $130,000 to recover data on its servers, as did a number of other cities and counties.

Riviera Beach, Florida, agreed to pay $600,000 in ransom to recover records after hackers accosted that city’s website. One threat analyst placed the cost to local governments, healthcare providers and schools at $7.5 billion.

“It has risen to a level of paramount importance,” Slotnick said. “We’re going to be much more intentional in how we protect ourselves and make use of technology to meet the needs of Missoula citizens.”

Emery currently serves as director of technology for the county. Pay associated with the new position of chief information officer wasn’t disclosed, though Slotnick said the impacts on next year’s fiscal budget would be minimal.

The creation of a CIO was recommended during a structural review conducted by the Local Government Center at Montana State University.

“(Emery) has the management skills and technological skills,” he said. “It puts us more in comparison with other governments across the country. It’s really standard practice.”