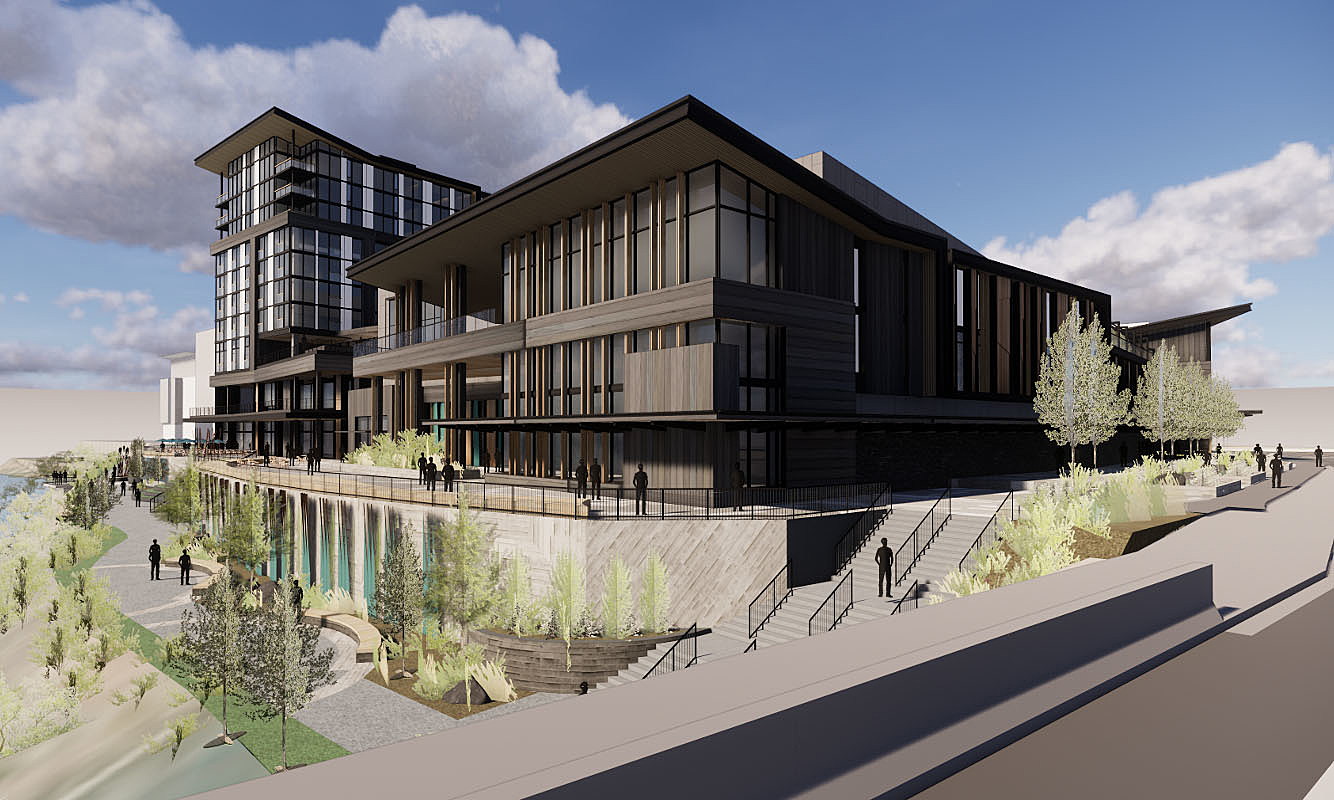 Plans to redevelop several blocks in downtown Missoula will break ground later this year, launching a multi-phased project that will generate hundreds of construction jobs followed by 200 permanent positions with an annual payroll of $3.3 million.

But the economic impacts of the project go beyond employment and are expected to ripple across the downtown district, boosting spending and visitation while putting Missoula squarely on the nation’s entertainment map.

“We’ll have a world class events center in the city of Missoula that will attract the kinds of artists we want to attract in this community,” said developer Nick Checota with Clark Fork Riverfront Properties. “We estimate the venue will generate 28,000 attendees a month in downtown Missoula. We feel this will be a development catalyst for the entire Riverfront Triangle.”

The Riverfront Triangle includes roughly seven blighted acres in downtown Missoula. The city has owned a portion of the property for three decades, though it currently generates no tax revenue, leaving it and several surrounding parcels vacant or underutilized.

But come September, the first phase of an estimated $100 million redevelopment will begin with the construction of a two-level parking garage. The garage will serve as the platform for the hotel and events center planned above.

The project represents years of planning and a complex deal between the developer and the city. Logjam Presents, which owns three other concert venues in Missoula, will purchase the city property in one lump sum for roughly $2.3 million.

After the city purchases the two facilities, Logjam will lease back the events center and operate it. The exchange makes the facility subject to property taxes for the first time in 30 years. The taxes will help fuel the urban renewal district in which the property lies and help repay the revenue bonds the city will issue to purchase the venue.

The city will also own and operate the parking structure and fund it by parking revenue. No public funding will be used for the private hotel, the public plaza and other public improvements planned with the project. 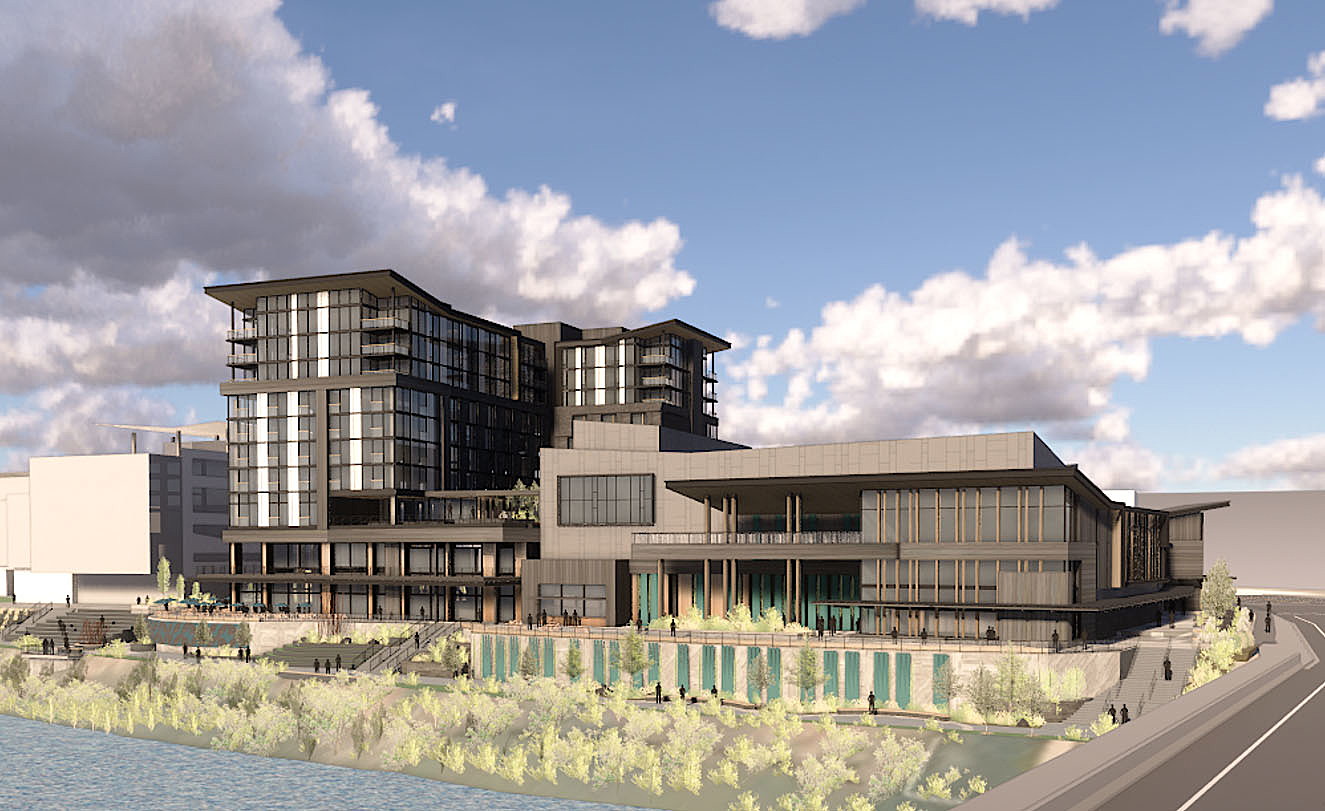 The events center will offer around 80,000 square feet and be designed for larger concerts, trade shows, Broadway plays and banquets, among other events. Even without the facility, Logjam anticipates selling 225,000 tickets this year at its other three venues in Missoula, placing them among the nation’s top 100 venues by ticket volume.

Of those 225,000 tickets, about 42% come from outside Missoula. The new venue will add to those numbers significantly, bringing additional outside spending into Missoula.

That’s a boon to local businesses, restaurants and hotels, who have stepped forward in support of the project over the past year.

“It was one of the motivations for us to explore getting into the hotel business, as we feel it’s very complimentary to the things we do on the venue side of the business,” said Checota.

The hotel and events center will stand side by side on Front Street. Along with the events center, the hotel will include a food hall, a 10,000 square-foot conference center, hotel rooms and three floors of private condominiums.

Farran, based in Missoula, plans to redevelop the Riverfront Triangle’s remaining five acres in three separate phases. The work coincides with the city’s downtown master plan and combines a mix of dining, residential, commercial and office uses.

The first phase of Farran’s project remains in design but will include 52,000 square feet of commercial space to accommodate up to 900 workers, according to partner Jim McLeod. It will also offer workforce housing and is aiming for a construction start of 2021.

Both Farran and Clark Fork Riverfront Properties plan to tie their project into the riverfront trail system.

“Of our housing mix, 145 units are studios or one-by-one units with smaller footprints,” said McLeod. “When we look at the unit mix, we’re focused on the workforce housing aspect of it. We think people today are price sensitive and not as much square foot sensitive.”