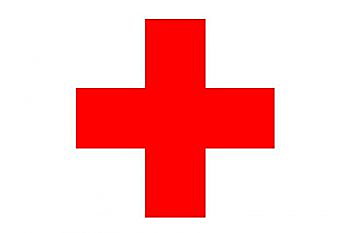 Phil Carlos knew something was wrong Tuesday when the Red Cross of Missoula called and told him to stay home.

As a Red Cross volunteer, Carlos is one of a few blood couriers who make weekly trips to rural hospitals around western Montana, carrying new supplies of blood collected from donors. Each week, they carry 10 to 15 bags of blood to the hospitals, depending on supplies.

It’s a critical role, not only for those in need of blood, but also because blood doesn’t stay good forever – the shelf life is about 42 days. So occasionally, Carlos also brings blood back from the smaller hospitals so it can go to larger ones to be used before it expires. Sometimes, it is sent as far as Salt Lake City, which has a higher demand for blood.

Last week, Carlos’ counterpart made the courier trip to Superior and Plains, and Carlos was scheduled to drive to Polson and Ronan on Wednesday. But this week was different.

“My rotation drive this week was cancelled, because there is a lack of inventory to make the swap. The university is closed, businesses aren’t hosting blood drives and people are staying home from donations,” Carlos said. “This is a serious problem and going to get much worse. People who need blood are going to die because it isn’t available.”

Sadly, the couriers may be idle for weeks to come, unless people step up.

By Friday, things were getting worse. Red Cross of Montana sent pleas out over social media, saying, “Over the past 24 hours, the number of cancelled blood drives has increased exponentially, making it difficult to sustain the blood supply for patients in need.”

Then came the announcement of the arrival of COVID-19 in Montana. Since then, much of the state has shut down to slow the spread of the virus. Schools and governments have closed, meetings and events have been cancelled, and the public has been asked to stay home to the extent possible.

If people do go out, they are asked to practice “social distancing,” staying at least 6 feet away from others, if they can, to avoid transmitting the disease. So fewer people are out and about, and one of the last things they might think about doing is giving blood or doing anything in a medical environment.

But people won’t catch COVID-19 giving blood, according to the Red Cross.

The whole procedure is conducted by medical professionals in a sanitary environment, and now, Red Cross workers are taking potential donors’ temperatures before they walk in the door.

To donate blood, individuals are required to bring a blood donor card, driver’s license or two other forms of identification at check-in. Adults need to weigh at least 110 pounds and be in generally good health.

To encourage people to donate, the Red Cross publicized the story of Steve Hurtig of Shelby who recently donated his 120th pint of blood, in spite of his original fear of needles.

“That is the same with everybody, I guess,” Hurtig said in a Red Cross article. “I hate needles, too. I have just always turned my head during donation, and it wasn’t until about the last five years that I’ve been able to watch. I don’t even feel the stick now. I sit there and watch the whole thing.”

For those in Missoula wanting to help, schedule an appointment online at www.redcrossblood.org or go to the Missoula Blood Donation Center at 2401 N. Reserve St. from 7 a.m. to 3 p.m.

“If you are healthy, I urge to you to donate a pint,” Carlos said. “The Red Cross has stepped up disinfection procedures and donor screening. Blood is in short supply in the best of times, and now, it is critical.”