One of the largest nonprofits in town, the Missoula Family YMCA has served the community for 50 years at Playfair Park – since the 1970s when the YMCA reopened in the cream-colored childcare building.

Executive Director Heather Foster and the YMCA board of directors plans for at least 50 more robust years, via a combination of membership dues, donors, volunteers, grants and a passionate staff of 279 employees.

Her team is now working on a needs-assessment looking 50 years into the future – and a community survey soliciting input.

“We’re just really excited to see what the community has to say,” she said. “We have been a really stable organization in Missoula for the past 50 years.”

The nonprofit was originally housed downtown in the early 1900s, but it didn’t last long. The current YMCA building opened in 1984, greatly expanding the soccer-heavy operation housed in the childcare center.

“We’re in our annual campaign right now for financial assistance and to be able to provide subsidized programs,” said Foster. “We hope to raise $300,000 by March 12.”

They are analyzing specific benchmarks, program quality, enrollment, new programs and curriculum within the analysis. They emailed a recent survey to members, the Missoula Chamber of Commerce and other businesses.

“What does the community need from us?,” asked Foster. “We have a large, older facility, so we’re constantly trying to update the facility and get it more into this decade. What do the next 50 years look like? We’re hoping to get real insight and feedback from the community.”

She said survey results will be available within 60-to-90 days.

After five years at the helm of the YMCA and a previous career in HUD subsidized housing for individuals age 65 and older, Foster fosters a solid future for the community health center.

Because the YMCA relies heavily on membership, donors remain important, of course. But not quite to the extent that many other Missoula nonprofits rely on donations.

“There’s not a whole lot of money to go around when you think of donor dollars,” Foster said. “We use donor dollars, and they keep our programs and services accessible. But donor dollars don’t keep us afloat … we’re able to operationally stay functioning. What donor dollars do for us is they allow us financial assistance, scholarships, affordable programs.”

At least 190 sixth graders can attest to such offerings, as the YMCA Active 6 program provides free memberships to all Missoula sixth graders, thanks to donations.

“We introduce kids to physical activity outside of school sports and P.E. and help them get set up with a more active life later in school,” she said. “We help them be healthier and happier.” 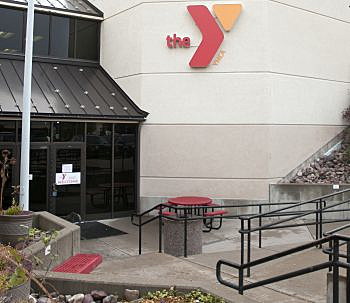 “We’ll take ‘em all,” she added about the sixth-grade demographic. Still, most nonprofits in town rely on donors as merely one part of the equation.

The YMCA serves 6,500 members, so the multi-use facility is a constant whir of activity.

“We serve a very wide variety of people: from infants 6 weeks old up to someone in their 100s now. We really try to be all things to all people. We want to provide services and spaces to people in Missoula for people to get healthy, education.”

The YMCA early education program starts at six weeks and progresses to kindergarten and after-school programs – all the way up to a competitive youth swim team and a competitive swim team.

Summer camps round out the packed schedule.

“We allow people to stay flexible and build balance and community,” she said.

Foster employs 50 full-time staff among the 279 total employees. She said staffing remains key to the YMCA’s ongoing success and popularity.

“I think a lot of us at nonprofits, especially youth nonprofits, end up trading (staffers) off and on,” she said. “It takes someone a little special to work a lot time at a nonprofit. It takes a little more than just a paycheck; the people we love to hire are working here for more.”

She praised her engaged camp counselors, young child counselors and after-school staffers for choosing to work for a nonprofit and still thrive.

“They could probably make more working at a restaurant, but they chose to work with kids,” she said.

Financing, staffing and finding enough space to hold programs can be ongoing challenges.

“We have a slim budget with a thin margin, but at the same time we need to be sustainable. But we also have to be accessible to everyone, which means affordability to everyone.”

As for grants – which most nonprofits typically rely upon – the YMCA uses grants to buy specifics, such as classroom curricula and camp materials.

“Those grant dollars are excellent because they apply a boost,” she said.

In 2019, the YMCA drew over 1,400 kids to its soccer program, served over 140,000 kids among its childcare center, after-school program and summer camps.

“For me, it’s really about impact and the number of people that we have served,” said Foster. “Our mission here is to build a happier, healthier, more connected community, so we do that in every way possible. It’s challenging we want to be the best at everything that we do.