Longtime residents in a small Northside neighborhood have expressed dismay after learning that a local taproom is closing, dealing a blow to the district’s hopes for economic revival and erasing one of its premier gathering places.

KettleHouse Brewing over the weekend announced its plans to close its Northside taproom, calling it a difficult but necessary economic decision. Residents in the area have spent the past few days lobbying the business to change its mind, though that’s not likely to happen.

“It’s a horrible blow to the community, not being able to socialize there,” said Bob Oaks, a member of the North Missoula Community Development Council. “It’s become an anchor institution for social gathering on the Northside. For a million years, we’ve been envisioning and hoping for that First Street revitalization.”

Oaks has lived in the neighborhood for 30 years and has spent many of them working to reinvigorate the Northside district. While it sits within view of downtown Missoula and its many gathering places, the railroad splits the two and leaves the Northside somewhat isolated.

But for more than a decade, the Kettlehouse taproom has provided a local place for Northside residents to gather and socialize. Oaks said he’s made many friends there over the years and was “disheartened” to learn that it was closing.

“What we had all hoped when we did our neighborhood plan 20 years ago was to revitalize that and see more commercial life there,” said Oaks. “Not just commercial in terms of warehouse use, but places people could walk to and go in and congregate around.”

The small neighborhood is hemmed in by the interstate to the north and the railroad to the south. It’s home to the Northside Historic Railroad District, an eclectic stretch of buildings dating back to 1883 and the arrival of the Northern Pacific Railroad.

The building that housed the KettleHouse taproom was built in 1909 by Frank Lindsay and was designed by the fabled architect A.J. Gibson. It originally served as a fruit distribution warehouse. The district’s history isn’t lost on residents, who were proud of the taproom’s collection of historic photos and artifacts.

“The Northside Kettlehouse has been such an important connective power in our little community,” said Northside resident Mikyla Veis. “It is housed in a historic building and the interior is something akin to a museum of Northside artifacts and images. There is nothing drawing attention to this history now. It will be lost to many.”

Last year, the “micro-neighborhood,” as Veis called it, also saw the Zootown Arts Community Center close shop and leave for a larger and more visible location across the tracks in downtown Missoula.

That, coupled with the loss of the KettleHouse taproom, leaves the neighborhood with a single business, that being a dispensary, Oaks said.

“It brought us the economic vitality we really needed,” Oaks said of the taproom. “ZACC did too. That leaves kind of a void there, and now you add the taproom void to that. The only business that draws people now is the weed shop that’s there.” 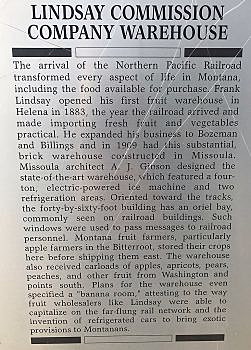 In making its announcement, the owners of the KettleHouse said the economic impacts of the COVID-19 closures forced their hand. But on Monday, bars and restaurants began to reopen, offering hope to those with an eye on the city’s larger economic future.

Missoula Mayor John Engen didn’t question the KettleHouse’s decision to close the taproom, calling it a sound business decision based on economic realities. But he also believes the Northside neighborhood has a bright future and will find a way to rebound.

“They (KettleHouse) are making choices based on what they need to do to survive and thrive,” Engen said. “That neighborhood is also resilient. While this is certainly an upsetting change, I think we’ll continue to see revitalization in that neighborhood and frankly, in all neighborhoods in Missoula. We’ve been dealt a blow, but we come back from blows.”

Northside residents said it will take time to accept the changes.

“I understand that the larger Missoula community still offers gathering spaces and ways for us to meet people and learn, and have good times,” said Veis. “But this is still a big loss to me as a Northsider, and many of my neighbors, no matter how many other places remain on the other side of the tracks.”