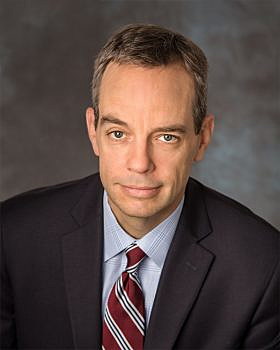 The City of Missoula has named a new chief financial officer, tapping a University of Montana graduate and former manager of the King County Metro transit agency in Seattle.

Rob Gannon will begin the job in September pending confirmation by the Missoula City Council.

“Rob brings a depth of experience and new ideas to the work of the City of Missoula,” Engen said. “His commitment to community and public service, real, meaningful accomplishment in developing an equitable, just workplace, his financial chops, humility and values make him the right choice to join our strong team of leaders.”

Gannon graduated from UM and recently served as the general manager of King County Metro, the transit agency serving the greater Seattle area. There, he was responsible for the operation, strategy and financial health of the 5,000-employee organization.

Gannon’s private-sector work includes leadership positions at Starbucks Corp. and Amazon. In addition, he also served in human resources management at the University of Montana and as financial officer during the tenure of UM President Royce Engstrom.

“I feel a strong draw to the communities in Montana where I think my contributions as a leader and administrator can have far reaching impact,” Gannon said. “My roots run deep here, and I am excited to join the Mayor’s leadership team.”

As chief financial officer, Gannon will oversee the City’s financial management as well as departments that provide internal and external services, including the Clerk’s Office, Fleet and Maintenance, Information Technologies and Facilities.

As a member of the city’s leadership team, Gannon will also help implement the city’s strategic goals.